Uber Eats or only Swiggy?

Uber seems to have taken a wise step to consolidate costs and yet retain a stake in the market. 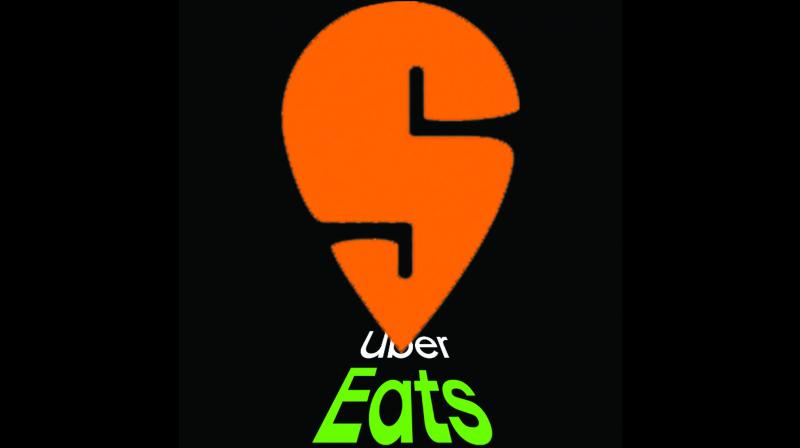 Gone are those days when you went back home after a hectic day at office and have to cook your food also, thanks to the prompt food delivery services like Uber Eats, Swiggy, Zomato and FoodPanda.

Gone are those days when you went back home after a hectic day at office and have to cook your food also, thanks to the prompt food delivery services like Uber Eats, Swiggy, Zomato and FoodPanda. They have made our lives way easier by delivering our favourite food at the doorsteps. And don’t forget the exciting offers that these apps provide, which even get you the best deals. The reason why all these apps tend to be popular might be the slight differences that they have, like exclusive restaurants being listed with only one of these, certain offers and even the delivery time and distance.

However, those who are very much particular about ordering their food via Uber Eats might, in a while, get to know that the app is being taken over by the equally popular Swiggy. It has been reported that Uber is in the final stages of a deal that would see Swiggy, the food delivery service that recently raised $1 billion and expanded to general deliveries, take over Uber Eats in India in exchange for giving the U.S firm a 10 percent share of its business. Uber Eats landed in India nearly two years ago and despite being the major revenue generator for the company, it finds itself in the middle of a dogfight with Swiggy, which raised capital three times last year, and Zomato, which is backed by Alibaba.

The battle has already taken a toll on other players like FoodPanda that has slashed down its costs. Uber, therefore, seems to have taken a wise step to consolidate costs and yet retain a stake in the market, exactly as it did in Southeast Asia through its exit deal with Grab. The deal saw it hand over its transport and food delivery businesses in exchange for a 27.5 percent stake in Grab. The same kind of deal, if it makes with Swiggy in India as well, can get the company out of an expensive subsidies war and give it a stake in a growing business.