Listen to the real tale

Tall tales storytelling brings forth unheard stories from the everyday lives of the common man. 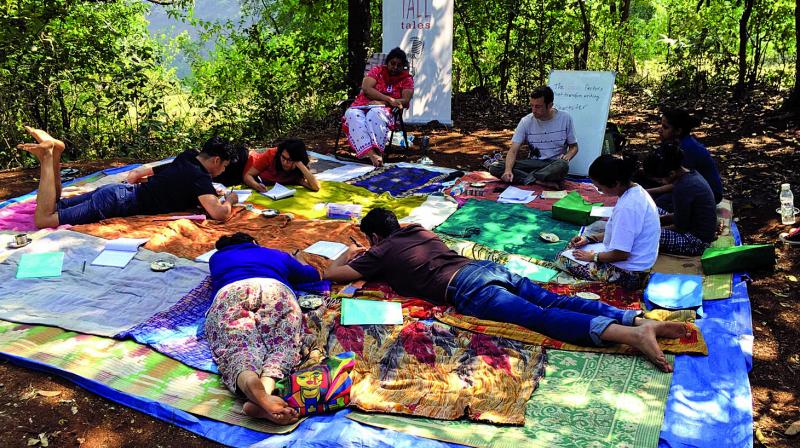 A story writing workshop under process by Michael Burns. (below) A storyteller in action.

A casual gathering of handful of friends sharing their real-life experiences took the shape of a platform for several unheard stories to see the light of the day. Started six years ago by teacher and writer Michael Burns, Tall Tales Storytelling is now in its 64th edition. The platform has given over 230 real-life stories a chance to breathe fresh.

As he moved back to America last year, Michael passed on the baton to Akshay Gajria whom he met at one of his workshops. Taking it forward, the 26-year-old is kickstarting the year with a special show featuring women storytellers.

“Michael and I, both don’t want the stories to stop. He helps me when required. But for now I am running the show on my own,” says an excited Akshay, emphasising on the fact that their hunt is not for professional storytellers but normal, average people.

Tall Tales Storytelling is a space for real people. Be it the man running to catch the 9 am local or a student running late for class, all have a story buried deep inside their hearts waiting to be shared. And this platform gives the opportunity to bring it to the fore.

“Your next-door neighbour might have so many stories to tell — stories that haven’t been told. We are just trying to provide a platform for them to tell their story,” smiles Akshay. 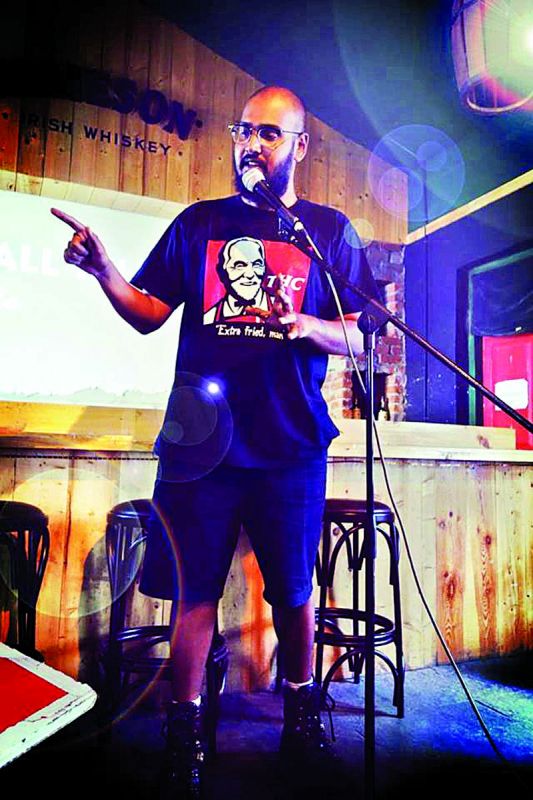 Talking about this year’s theme, the businessman explains that it happened by chance as all the stories received were women-oriented with women tellers. At the same time, the project wants to offer a space to diversity. “We never have any theme. We keep the diversity — some funny, some sad. Otherwise, it gets monotonous,” says Akshay.

Submission never stops at Tall Tales. In a month they receive around 10-15 stories. Out of these, they pick five or six strong stories that have potential and value. And before going live with the narration, they nurture the stories and the teller.

“We coach to be storytellers on how to write, how to narrate and only once we are at a comfortable stage we go live. This process takes a bit of time, say around a month. It also depends on the complexity of the story,” informs Akshay. Each story gets a narration span of 10-15 minutes, beyond that the organiser says, is difficult to hold one’s attention.

Getting by purely on gut feeling and their ability to understand the person, the minds behind the initiative decide if the story is real or not. “Once you get to one to one conversation with the writer. The way they feel about the story, the way they narrate it tells you a lot about them as a person and their relationship with the story,” he smiles.

Of the hundreds of stories they have brought to fore, there is one story that still brings Akshay to tears. “Once we had a storyteller who wasn’t wanted as a child. Her mother didn’t want a girl child and after her mother’s death, the father started to blame her for it. Her journey of how she dealt with it was moving,” he says.

With writers and narrators as young as 20-year-old to as old as 50-year-old, the aim is to conduct a show every two months.

“I want to give a chance to as many people I can. Having a bigger venue and giving storytellers bigger audience to share the story with. Next, I plan to take it to Bangalore, but that will take time,” concludes Akshay.