Egypt’s relics are a draw for foreign visitors. 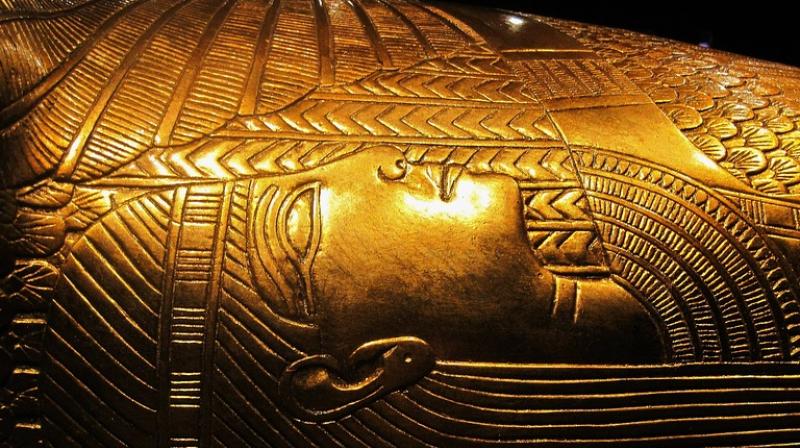 Antiquities minister Khaled El-Enany said on Saturday the discovery near Tuna al-Gabal, south of Cairo, consisted of a large number of burial shafts dating from the late Pharaonic period to the early Ptolomaic era.

The site, which is more than 2,000 years old, is expected to take another five years to excavate.

“It’s only the beginning,” said Enany. “We are very soon going to add a new archaeological attraction to Middle Egypt.”

Egypt’s relics are a draw for foreign visitors and authorities hope new finds can help attract more as a way to help revive tourism hit by the unrest that followed the overthrow of former President Hosni Mubarak in 2011.

The number of tourists visiting the country rose 54 percent to 8.3 million last year, still below the 14.7 million who came in 2010.

Mostafa Waziri, secretary-general of the Supreme Council of Antiquities, said the scarab charm with the new year greeting had been unearthed last New Year’s Eve in a “wonderful coincidence”.

“This is a message sent to us from the afterlife,” he said.