The duo launched what is billed as the world’s first nonprofit institute dedicated to putting AI to improving lives of poor. 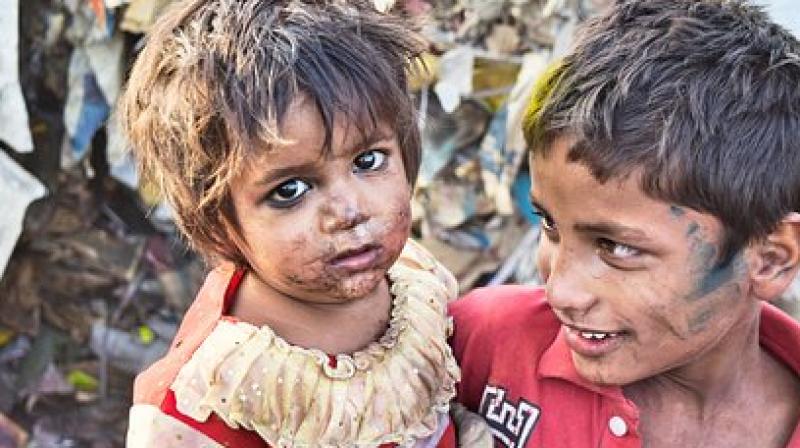 The entrepreneur brothers have committed $30 million over 10 years to the Wadhwani AI institute in Mumbai. (Photo: Pixabay)

As debate swirls on whether artificial intelligence will be a boon or a curse for humanity, two Indian-American entrepreneur brothers are out to ensure the emerging technologies don’t just benefit the richest in society.

Romesh and Sunil Wadhwani this week launched what is billed as the world’s first nonprofit institute dedicated to putting AI to work improving lives of poor farmers, rural health care workers or teachers in communities with scant resources.

“AI will go where AI will go; it is difficult to predict where” Sunil Wadhwani said of the conflicting views on the emergence of computers more brilliant than their human creators.

“Our focus is how many tens of millions of lives can we improve in the next five or 10 years. Where AI goes in 100 years, it will go.”

The entrepreneur brothers, who have a series of lucrative startups to their name, have committed $30 million over 10 years to the Wadhwani AI institute, established in Mumbai with the Indian government as a partner.

Areas targeted at the outset will include health care, education, agriculture and urban infrastructure.

The project’s founders hope AI could help nurses in rural areas with diagnoses, advise how to optimize crops, translate textbooks into various languages as needed or even spot signs students might be on paths to dropping out.

“AI is a game-changing technology,” said Sunil Wadhwani, who is based in Pittsburgh as a trustee for Carnegie Mellon University.

“A lot of developing countries are getting left behind; US and China are leapfrogging ahead.”

Students from New York University and the University of Southern California will travel to Mumbai to collaborate, while the brothers also plan to partner with players in Silicon Valley, where Romesh Wadhwani is based.

The ethical issues raised by AI — from its potential to destroy jobs to the power it could exert over people’s lives — will be front of mind, according to institute chief P. Anandan, a former Microsoft Research director.

“It has the potential to be used badly, or run away on its own,” Anandan said of AI.

“At the end of the day, you are going to manage that by being aware of it from the start and applying it where intentions are good.”

Internet giants have been investing heavily in creating software to help machines think more like people, boosted by super-fast computer processing power and access to mountains of data to analyze.

AI has been put to work in the form of virtual aides, for recognizing people’s friends in photos, fighting “fake news,” stymying the online spread of violent extremist messages and more.

But the rise of artificial intelligence brings mighty new challenges too, and the new initiative coincides with the release of a report by AI scholars warning the technology has the potential to be exploited for nefarious purposes.

“These technologies have many widely beneficial applications,” said the study produced by the Future of Humanity Institute, the nonprofit group OpenAI and others.

“Less attention has historically been paid to the ways in which artificial intelligence can be used maliciously.”

The Electronic Frontier Foundation, which took part in the study, expressed concern that “increasingly sophisticated AI will usher in a world that is strange and different from the one we’re used to, and there are serious risks if this technology is used for the wrong ends.”

High-profile figures who have expressed fears about the potential dangers of AI include tech visionary and innovator Elon Musk.

SpaceX founder and Tesla chief executive Musk in 2015 took part in creating the research organization OpenAI, which aims to develop artificial intelligence that helps rather than hurts people.

Microsoft, Amazon, Apple, Google, Facebook, IBM, and Google-owned British AI firm DeepMind are also members of a nonprofit “Partnership on AI” which seeks to promote the technology’s use “to benefit people and society.”

Sunil Wadhwani has meanwhile promised an “aggressive” timeline at the brothers’ eponymous institute, with testing of potential AI tools starting by the end of this year.