Aimed at boosting the local economy, Mumbai’s retail establishments will stay open 24*7. The caveat: pubs and bars will shut at 1.30 am. 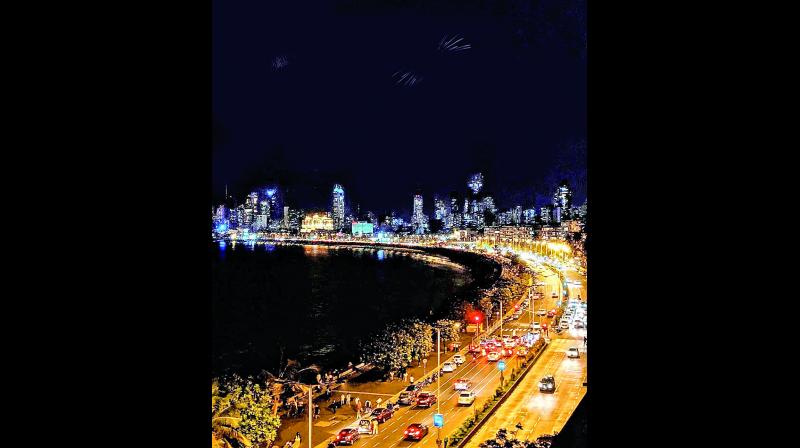 The move, which was made in an attempt to boost Mumbai’s night-time economy, has allowed the city to regain its freedom after nearly three decades.

Republic Day 2020 will be all the more special for Mumbaikars as the city will soon start living up to its title of ‘the city that never sleeps’. After the Cabinet approved the  long-pending ‘Mumbai 24 hours’ policy, it was announced that establishments in the maximum city will remain open all night starting January 27. The proposal was also given a green light by Environment and Tourism Minister Aaditya Thackeray on Thursday.

The move, which was made in an attempt to boost Mumbai’s night-time economy, has allowed the city to regain its freedom after nearly three decades. Owners of commercial establishments are welcoming the move by the government.

“It is a decision in the positive direction taken by Maharashtra Government for boosting tourism and related consumption,” opines Alok Tandon, the CEO of INOX Leisure Ltd, who believes that it is a move towards development, which will offer more flexibility to the Mumbaikars. “We will be able to offer our patrons more show timings,” adds the CEO, further sharing that they are awaiting official instructions to make a clearer evaluation.

A progressive step
In its first phase, the project will be only launched across gated spaces and non-residential areas that are under CCTV surveillance and have parking areas and security in place. While the rules still prohibit bars and pubs to sell liquor after 1.30 am, food trucks have ample room to operate through the night at major locations such as Nariman Point and Bandra Kurla Complex.

“Although my place doesn’t fall into that category, this move is in the correct direction. People live a very hectic lifestyle in Mumbai and it is good that now they can extend their deadlines,” says Dibyendu Bindal, the owner of On Toes and Agent Jacks Bar in Andheri. He adds that the move will help boost the businesses but the establishment owners need to plan their logistics and resources to keep it open all day and night.“We live in a cramped city and we can’t expand space-wise, so it is good to expend on working hours. This will improve footfall and earn good clientele, and it will also be convenient for working professionals,” he shares

Similarly, Arjun Raj Kher, brand head at Bayroute and Hichki, appreciates the initiative. “This establishment will boost tourism and employment, and it will pave the way for more business, especially on the weekends. We are glad that we will be a city that never sleeps,” he gushes.

The mumbaikars too have welcomed the move as it now gives them to unwind . Pharmaceutical business development manager Surbhi Saxena adds, “By the time we get free from work, all the malls are closed. But if they extend the timelines, then it is a good way to unwind even during the late hours.”

No pain, no gain
While staying open all day every day may seem easy for individual establishments, the 24x7  decision can pose challenges to mall owners, since it is up to brand owners and shops whether they want to stay open. Some malls are receiving a positive response from their clients. Chief Operating Officer, COO, of Growel’s 101 Mall in Kandivali, Sachin Dhanawade, shares, “The mall will be open this weekend for the extended hours as we have received good response from our clients. The mall will be adequately equipped with the operations staffing for assisting customers as well as ensuring their safety at the premise.” In order to solve the resource and logistics issues, the mall authorities are planning to keep it open all night only on weekends and special days. “We will do this on a trial basis, and if the response is positive, then we will take it forward on a regular basis. Our operations team is working on it,” confirms Dhanawade.

To avoid traffic snarls and hassles, the traffic police is also taking necessary steps. Says Ranjan Kumar Sharma, Deputy Commissioner of Police: “As far as traffic is concerned, we are deputing our staff in those areas. Although they are already active on the night traffic rules and actions, after this, the volume will increase and we need to have more people deputed. We can only analyse things after implementation of the move and then probably, we can take other actions.”

Helping one and all
Keeping in mind the ongoing job and revenue crisis, the move to keep establishments open 24x7 is also intended to benefit the existing five-lakh people working in the service sector. According to Aaditya Thackeray, people who work in night shifts will also see benefits. “There are people who work in night shifts, there are tourists in transit. Where do they go if they are hungry after 10 pm?” he asked after the meeting on Thursday.

Interestingly, Thackeray has been rallying for this since the Shiv Sena first mooted the concept in 2013. It was only in January 2018, that the state government issued a notification amending the Shops and Establishments (Regulation of Employment and Conditions of Services) Act to allow individual establishments to operate all night. However, the issue was sent to the Home Ministry for approval as the police department raised security concerns for Mumbai.

And while the Brihanmumbai Municipal Corporation (BMC) and Mumbai Police have permitted the establishment, it comes with warnings. “We have given permission for 24x7 functioning from January 27. We have cautioned the representatives of the establishments to ensure fire-safety compliance and security with CCTV cameras,” concludes municipal commissioner Praveen Pardeshi.