Villagers capture 16-foot python that are their goats 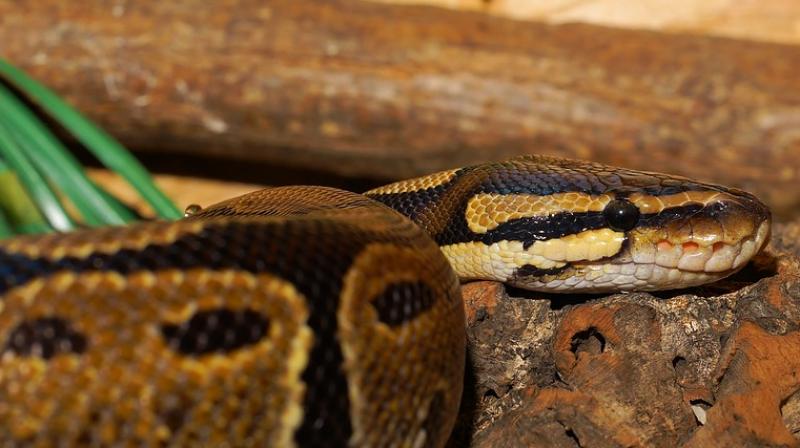 An encounter with wild animals and reptiles is not uncommon in parts of the world but a large one terrorising a village is different. A village in Malaysia recently encountered a 16-foot python that terrorised them and the farm animals and it turned out to an interesting catch.

According to a report in the Daily Mail, the greedy serpent entered the village through a wire fence in a rural village in Pahang. The snake devoured the unaware farm animals within minutes The scared villagers found the snake lying down nearby while it had difficulty swallowing up its meal. It had devoured two goats and was seen with a large bulge that indicated it had difficulty with its food.

The frightened villagers did not attempt to go towards the reptile because of its sheer size so they poked it but realised it was inactive due to a difficult meal. The python gave in and was tied up and taken away. Scientists said the snake undergoes a rapid change in its body when it eats a big meal and so it was sluggish which made it easy to catch.