Their discovery was that the complex body clock has a simple framework of operation. 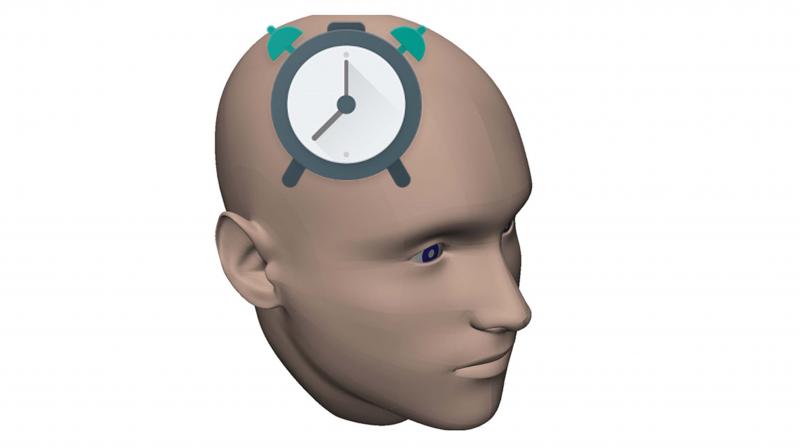 In a sense, his touch-me-nots were not just responding to light; they were able to predict or anticipate the day and night even in constant darkness!

Modern city life offers many activities that could keep one awake late into the night, such as movie shows that start at 11 pm. Worse still, many people are in jobs that involve shift work – it could be midnight to morning this week, and a day shift the next month. Are we aware that such irregular sleep-wake patterns take a toll on our body? Today, we look at the biological mechanism that controls our sleep-wake cycles, often called the body clock.

It was long back, in the year 1729, that an astronomer, Jean-Jacques Marian, observed that plants seemed to have a sleep-wake cycle. He noted that a particular plant variety, what we know today as touch-me-not, displayed sensitivity to day-night rhythms. They regularly opened their leaves during the day, and closed them during the night. To understand their behaviour better, he took a few and kept them in constant darkness – to his surprise, he observed that they continue to open their leaves at the time when it is expected to be daylight, and close when night comes. In a sense, his touch-me-nots were not just responding to light; they were able to predict or anticipate the day and night even in constant darkness!

Centuries have gone past, and scientists have built upon Marian’s work and now understand much more of how sleep-wake cycles operate. In the 1970s, around 250 years after Marian’s experiment, scientists discovered the existence of a genetic mutation in fruit-flies that caused them to lose their biological behaviour patterns. In the 1980s, three researchers, Hall, Rosbach and Young, went further and identified a particular gene, called the period gene, that holds the key to the human body-clock. This discovery earned them, among other honours, the 2017 Nobel Prize.

Their discovery was that the complex body clock has a simple framework of operation. The period gene is activated during the night when we sleep, and they cause the production of a protein. The production of this protein, interestingly, gradually deactivates the gene. During the day, when we are active, the protein gets broken down, and by the time it is night, the period gene is back in action. Apart from being able to explain the body clock using the period gene, this discovery is now being used in various applications. A field, called chronotherapy, attempts at using the body clock to determine the precise time of medicine intake to reduce side effects.