The Transgender Persons Bill, 2016, which is meant to uplift an oppressed community, seems to be an eyewash. 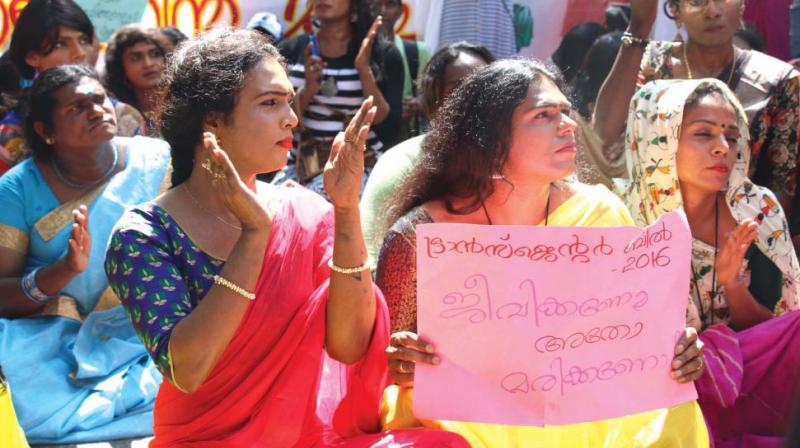 Sreekutty, president of the Sexual and Gender Minority Federation, says the new bill is not in the interest of the community. (Photo- G .G. Abhijith)

If you draw parallels, they all sound similar at some point, stories of winning rights that when you hear about years later, surprise, shock and anger you. Women would flinch when they hear every step in history, of winning one by one, the rights they enjoy today, but still don't realise there are many more to be won. History has to work its wonders to give it to them and show their children this is what their mothers went through. In November 2015, the transgender community in Kerala, had that first taste of winning something that’s theirs, a transgender policy unveiled by the state government. Two years later, they are on the streets again, across the country, protesting against the Transgender Persons Bill, 2016, which was reintroduced in the Winter Session of Parliament that began on December 15. Kalki Subramaniam, a trans woman artist, says how the original bill introduced by Tiruchi Siva, a Rajya Sabha MP, in 2014, was much better. It had many clauses to prevent sexual discrimination, which was not there in the bill drafted by the Union government later and introduced in the Lok Sabha. 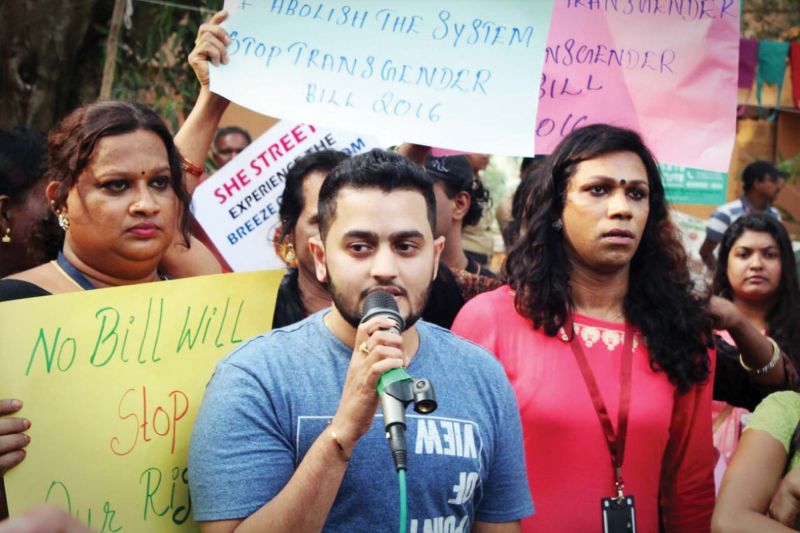 “The Supreme Court had actually directed the state and the Union governments that transgender persons should have reservation in jobs and education. But the current bill from the Union government doesn’t talk about that. It does not talk about our rights to marriage and adoption. And the identification of the transgender community is stated wrongly in the bill — as one who is ‘partly female or male; or a combination of female and male; or neither female nor male.’ According to this bill, a transgender person has to be identified by a committee,” Kalki says. 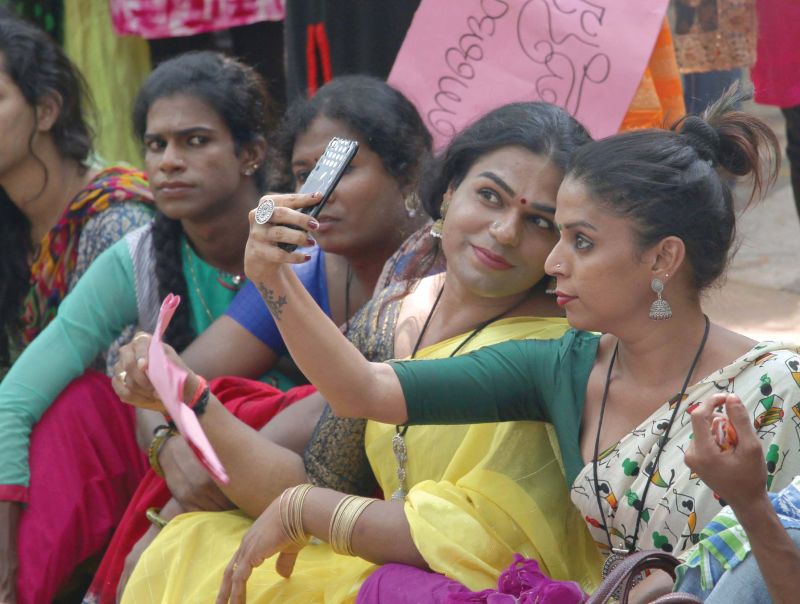 The protests ran across the country. In Delhi, members of the transgender community gathered at Sansad Marg, and demanded the bill be reformulated after consultation with them. In Kerala, there was a protest on December 10, at the IFFK premises, and another later outside the Raj Bhavan. Vihaan Peethambar, a trans activist who spoke during the first occasion, says, “Despite being a transsexual man, with all medical documents in place, I had to strip on three different occasions to prove my gender identity in order to get my gazette notification for gender change. This is exactly what is proposed in the Trans Bill 2016, to standardise this very process, which violated my dignity and privacy as an Indian citizen. If this could happen to me when the NALSA judgement was in place, you can imagine the kind of harassment trans people, especially gender non-conforming and transgender people will face at the hands of authorities.”

The National Legal Services Authority v. Union of India (NALSA) judgement of 2014 by the Supreme Court affirmed fundamental rights to transgender people and gave them the right to self-identification of their gender.  It is this right that is now going away.  Sreekutty, president of the Sexual and Gender Minority Federation, says the new bill is not in the interest of the community. It needs a transgender person to obtain a certificate of identity from the district magistrate as recommended by a screening committee. The committee will include a medical officer, a psychologist or psychiatrist, a district welfare officer, a government official, and a transgender person.

“Because Kerala has a policy of its own, it may not affect us so much but transgender persons in other states will be affected. It would require you to not have a cultural identity, and live in your houses. But unlike new generation families, few are accepting of the transgender community. We also face the maximum discrimination from the police but there is no protection of rights against such attacks,” she says.  If the bill is passed, it is equivalent to the death of the community, Sreekutty says. But the fight will continue. Discussions are on. They can’t give up, it would mean going back to a time when they shut themselves up, when other oppressed people were fighting race or gender discrimination in different parts of the world. It is ongoing, it has to be, till one day a generation will learn to look at humans as humans, one never beneath another.