Looking back, Sujit recalls the first time he ever went on a trek. New to the city, he was 22 years old then. 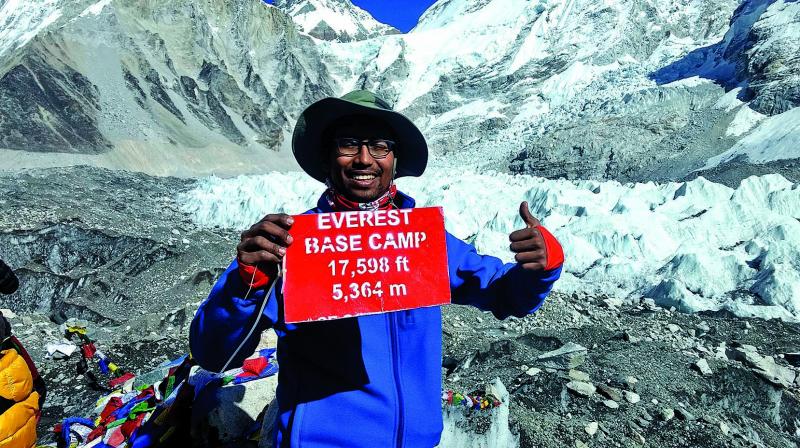 Sujit atop the Everest Base Camp

Ten years ago, Sujit Mallick started with a humble trek in Maharastra. Today, he has returned from climbing the Everest Base Camp. He shares his experience, and more.

When Sujit Mallick first got to know that he was going to be one of the participants to climb the Mount Everest, he couldn’t fathom it.

“It is one of those things that you never imagine will happen with you. You look around and you see it happening with other people, but never with you,” he recalls. And the very next thing that made him worry was — as is the case with every working professional — was would his office grant him the leave?

Quite obviously, it all worked out just fine in the end, and Sujit got on the trek with nine other people. After the initial excitement wore off, the scepticism kicked in. “I wasn’t completely sure of going on such an adventurous (also risky) trip with complete strangers. You don’t know if they will gel well with you, because on such a journey, you don’t want any animosity lingering in the air,” he recalls. 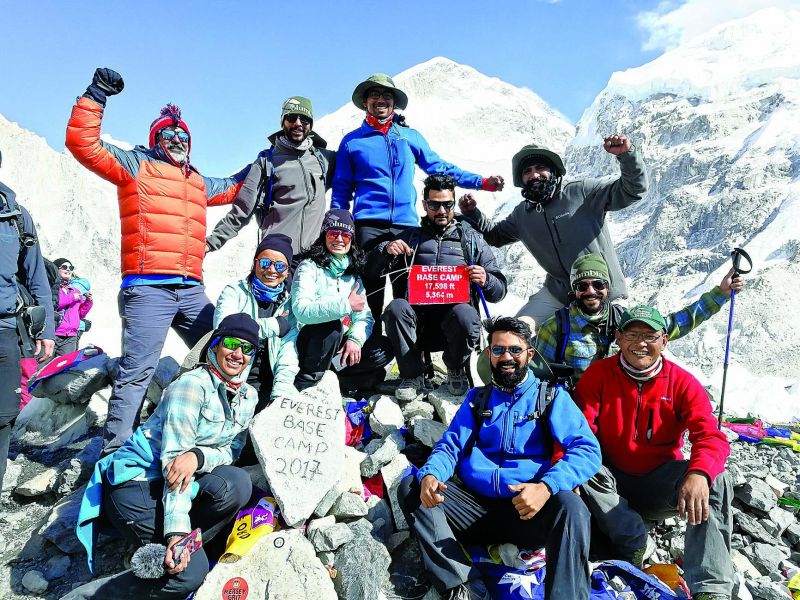 The 32-year-old also makes his preferences clear. “I like to go on treks with people I know will have my back, people I know I can risk my life with,” he says.

Contrary to his doubts, the team clicked with each other almost instantly. “We all happened to be on the same frequency and got on with each other great — quite unlike my doubts,” he admits.

Sujit elaborates on the trail of the climb. The trek saw the contingent cross the Namche Bazaar, Tenboche, and Loboche, before finally arriving at the Everest Base Camp, where the Himalayas are in its true glory, and where professional mountaineers pause to prepare themselves for the Everest peak. 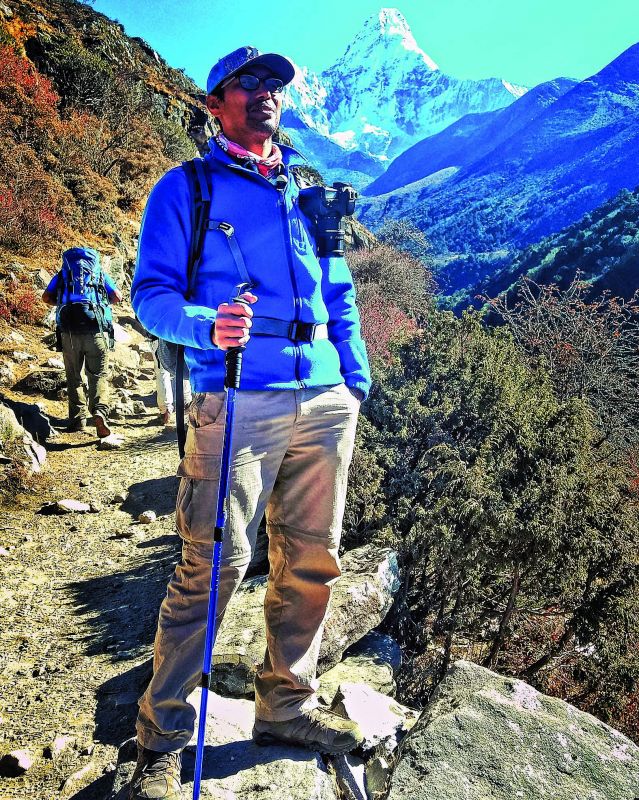 Looking back, Sujit recalls the first time he ever went on a trek. New to the city, he was 22 years old then. “I had just moved to Mumbai and up until I came here, I didn’t even know there was a something like trekking — and that many people actively pursue it as a sport,” he says. Originally from Odisha, Sujit moved to Mumbai for work. His first ever trek was closer home. “Harishchandragad in Ahmednagar is quite popular as a trekking spot for beginners. It is a six-hour long trek and the view from the top is simply breathtaking,” he recalls. It is this view from the top that pushed Sujit to climb higher and higher.

“After the first trek, I kept looking forward to the next one, then the next one,” he says. Soon, he had formed his very own circle of fellow climbers. Today, the group is just one text message away from embarking on their next trek. “We make a lot of spontaneous plans — whether on the bus, on the train or at work, we are always planning for the next one,” he smiles.

Even with a decade-worth of experience, Sujit doesn’t like to trek alone. “There are a lot of risks involved,” he explains, “Maybe I will go with just one person, but I will take an accomplice on treks.”

That, and a couple of other basic safety requirements are a must for Sujit. “The gear is the most important thing you need by your side on treks. Every trail requires a different gear so one needs to make sure that they are well aware of the trek before they get on one,” he says.

The trail in Maharastra is different from the rainy, wet trails in Uttarakhand, which are a complete shift from the ones in Nepal that are sweltering in the mornings and freezing at night. “You never know how the weather will change with time,” he warns. “So be prepared for the worst.”