Watch: Snake eating another snake gets stung by wasp 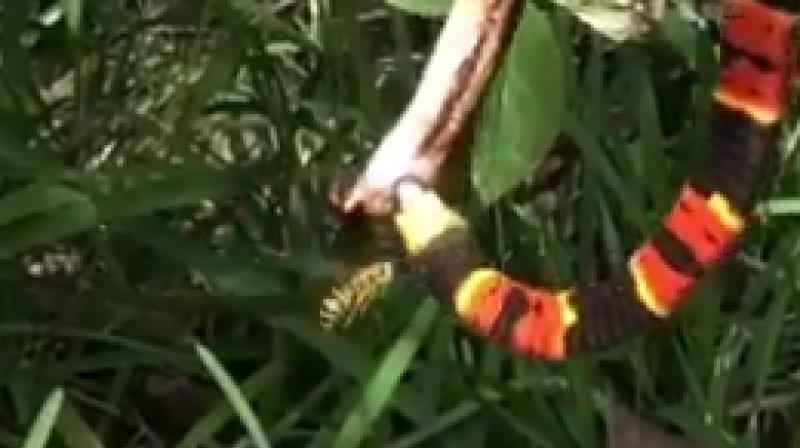 It seems that the circle of life caught on in the video shared by Evangeline Cummings on Twitter. (Photo: Screengrab/)

Florida: Sometimes the circle of life stings. A coral snake found that out the hard way and a Florida woman caught it all on camera. Evangeline Cummings posted a video on Twitter of what appears to be a wasp stinging a coral snake that was dangling from a branch attempting to eat a dead snake.

News outlets report Cummings was in her Gainesville backyard when she noticed the coral snake attempting to eat its meal. In the video, a wasp appears and starts circling the snake. When the wasp lands on the snake, it starts thrashing and swinging attempting to get rid of the wasp.

Cummings tweeted the video and said she needed “support to process” what was happening. The coral snake seems like it needs some support too.