Readers will still make this another blockbuster best-seller from the master of the legal thriller. 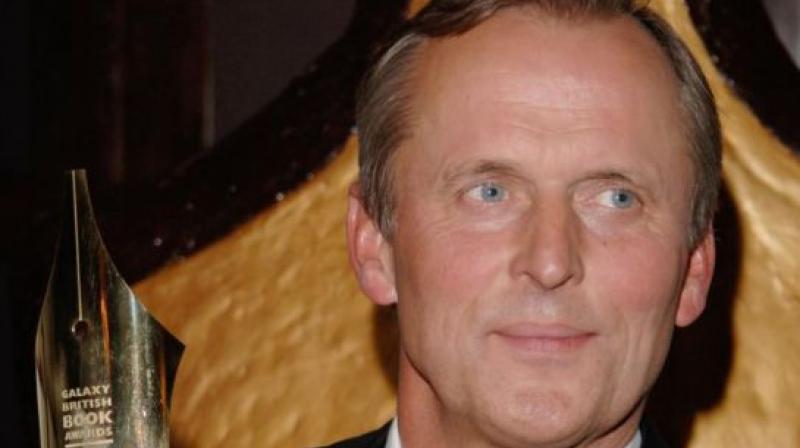 Readers will still make this another blockbuster best-seller from the master of the legal thriller. (Photo: AFP)

John Grisham explores student loan debt and the sharks that profit from it in his latest novel, “The Rooster Bar.”

Mark, Todd, Zola and Gordy are students at a mediocre law school that doesn’t produce many successful lawyers. Most fail the bar exam, and even more find menial jobs at best.

Gordy uncovers a sinister truth about the university when he learns that the students aren’t accepted based on grades, but rather to supply money. The school is one of several owned by a New York hedge fund that also owns the banks that finance the student loans. It’s a gigantic scheme and the scam is generating millions of dollars.

Gordy snaps and commits suicide rather than face the problems associated with what he learned. His three friends decide to fight back, and rather than succumb to the payment schedules and graduate to less-than-stellar positions in various agencies, they change their names and create their own fictitious law firm. Soon they are hanging out at the courthouse and sweet-talking their way into taking on clients who pay cash for their services. They have to stay one step ahead of the authorities so they aren’t discovered, and by quitting school, they can work on exposing the scam and try to save people from crushing debt.

Grisham knows how to tell a story, and he also enjoys showcasing the shady side of the law profession. Mark, Todd and Zola are hard to like at times due to the methods they utilize as they try to defeat the system.

Their motives are sound, but it sometimes comes with a cost as they end up not really helping the clients after they take the cash and supposedly the court case.

Even with that in mind, readers will still make this another blockbuster best-seller from the master of the legal thriller.