Fear of spiders, snakes deeply embedded in us: study

Fear of snakes and spiders is of evolutionary origin. Mechanisms in our brains enable us to identify them and we react to them quickly. 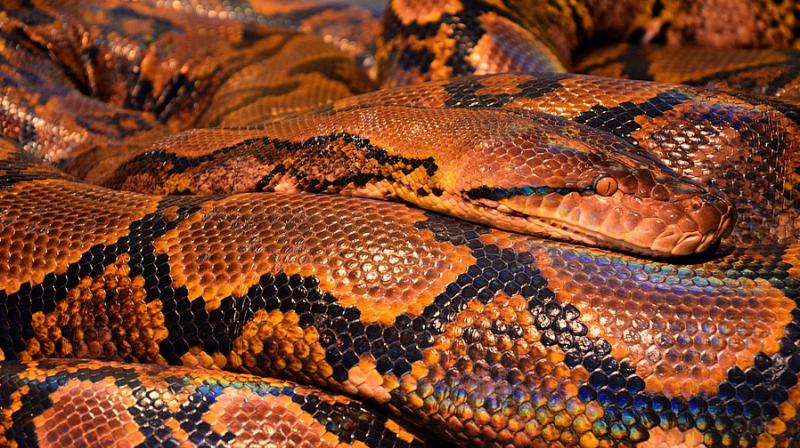 The reaction which is induced by animal groups feared from birth could have been embedded in the brain for an evolutionarily long time. (Photo: Pixabay)

Humans are born with the fear of spiders and snakes, according to a study which found that this terror of creepy crawlers may have an evolutionary origin.

Researchers, including those from Max Planck Institute for Human Cognitive and Brain Sciences in Germany, found that even in infants a stress reaction is evoked when they see a spider or a snake.

This happens even at the age of six months, when they are still very immobile and have had little opportunity to learn that these animals can be dangerous, researchers said.

"When we showed pictures of a snake or a spider to the babies instead of a flower or a fish of the same size and colour, they reacted with significantly bigger pupils" said Stefanie Hoehl, from University of Vienna in Austria.

"In constant light conditions this change in size of the pupils is an important signal for the activation of the noradrenergic system in the brain, which is responsible for stress reactions. Accordingly, even the youngest babies seem to be stressed by these groups of animals," Hoehl said.

Researchers conclude that fear of snakes and spiders is of evolutionary origin. Similar to primates, mechanisms in our brains enable us to identify objects as 'spider' or 'snake' and to react to them very fast.

This obviously inherited stress reaction in turn predisposes us to learn these animals as dangerous or disgusting. When this accompanies further factors it can develop into a real fear or even phobia, researchers said.

"A strong panicky aversion exhibited by the parents or a genetic predisposition for a hyperactive amygdala, which is important for estimating hazards, can mean that increased attention towards these creatures becomes an anxiety disorder," researchers said.

"We assume that the reason for this particular reaction upon seeing spiders and snakes is due to the coexistence of these potentially dangerous animals with humans and their ancestors for more than 40 to 60 million years - and therefore much longer than with today's dangerous mammals," they said.

The reaction which is induced by animal groups feared from birth could have been embedded in the brain for an evolutionarily long time, researchers added.