Italian artist Valentina Furian is using still and moving images to document a staged setting for the Aarey forest. 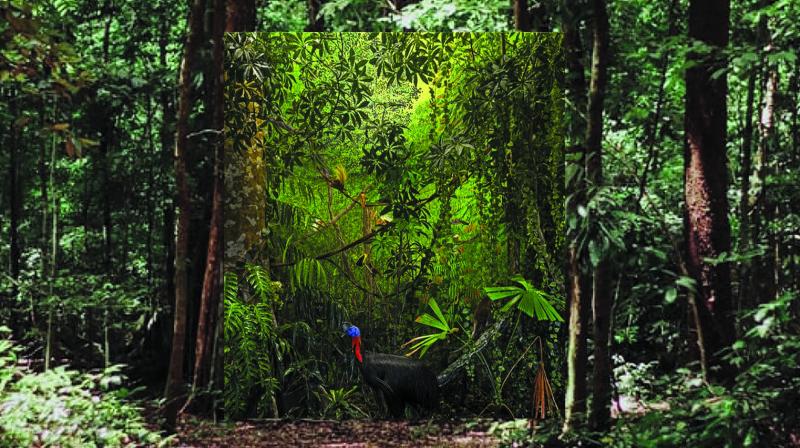 A collaborative project with Art-Oxygen, titled Before, the exhibition is the documentation of Furian’s research on nature that she has been working on from Milan.

At a time when the entire city is out protesting against the axing of 2,702 trees in the Aarey forest to create a car shed for Mumbai Metro-3, Italian photographer Valentina Furian’s exhibition explains the relationship between reality and fiction.

A collaborative project with Art-Oxygen, titled Before, the exhibition is the documentation of Furian’s research on nature that she has been working on from Milan. For the art show at Method, the artist created a series of installations clicked from one spot in Aarey forest over a week. The artist has used still and moving images to construct a staged setting.

Be it the white donkey against an all-white backdrop, a house burning with its flames larger than the trees, or forest camouflage, Furian stayed with a tribal family while working on the project understanding the forest from their perspective. 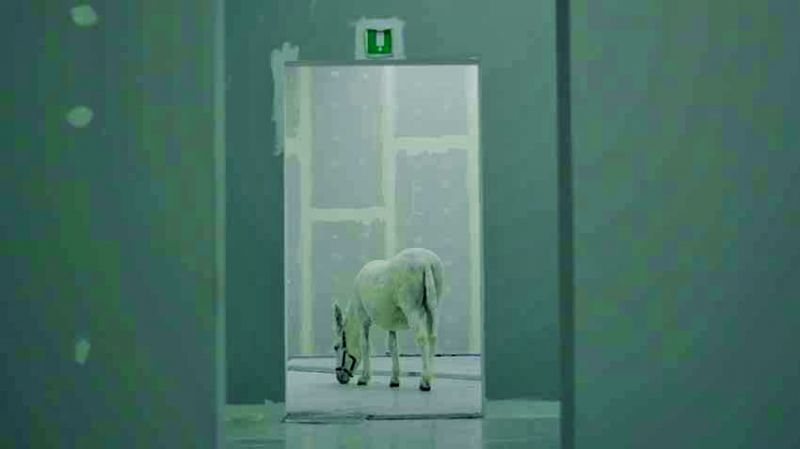 “I took an image, when I was in Italy at the Natural History Museum Milan, about a tropical forest with a leopard. When I came to India, I started my research on Aarey and showed the image to the family. After a lot of discussions, the family suggested a spot in the forest for me to click the pictures,” shares the 29-year-old, adding, “The family explained things about the forest to me, and I explained my project for the forest to them.”

Before she came to India, Furian played with her imagination to create an image of the Aarey forest that she had never seen before. And to her surprise, it was beautiful to have found the spot that represented the image from her imagination.

“The spot I chose has glimpses of the work I have done in Milan. The plants in the picture clicked by me in Milan are visible in the spot in Aarey,” says the artist. She finds the forest beautiful as the kind of wildness she witnessed here, she has never seen before.

“I work with things that represent nature and this forest is interesting for me because it shows the relationship between domestication and wildness. It is a mixed environment, with tribal living right there and a peak over the wall will show you the city, it is beautiful,” she smiles.

Talking about the image of a donkey that is on display, Furian explains it was taken for an exhibition in Italy with a twist, and is opposite to the work she is doing in India. “It is titled Present. I decided to bring a white donkey inside an empty museum before the exhibition started and make him, in a way, perform for us,” laughs the contemporary artist.

As for the forest camouflage, it was a research material for the kind of atmosphere she wanted to create for the exhibition. “The first image is a diorama from the Natural History Museum Milan and the background image is from Aarey forest. This image is to make people feel the utmost fear of the forest going extinct,” states Furian.

Apart from the installation, the show also has a video screening based on multiple recordings compiled from the same spot. “The video is a fake representation of nature and tribal people from the forest feature in the video. They are standing holding a huge image in the middle of the forest, trying to give a contrast between the fake and real forest,” she concludes.