There are many such cases all across the country where repeated harassment by stalkers drive girls to the edge of fear and panic. 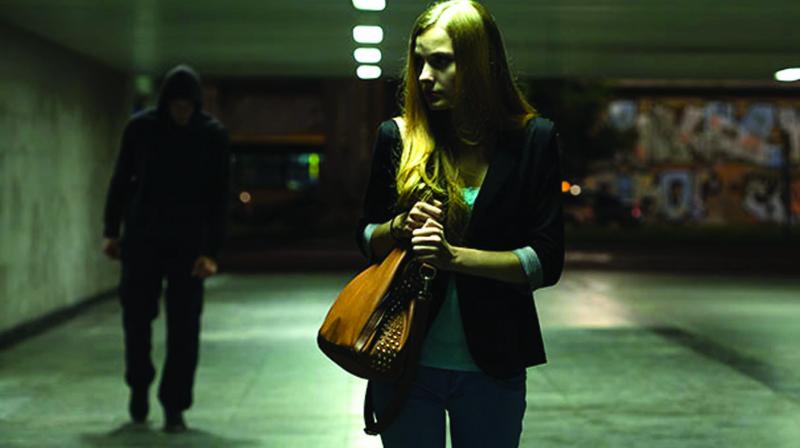 Over the last few years, incidents of stalking have been growing at an alarming rate.

Incidents of stalking are growing at an alarming rate and what was once brushed off casually is now a cause of serious concern and driving girls to the edge of panic and death.

Stalking is spirally into a very serious concern and it’s not just physical anymore — there’s also stalking via phone calls, text messages, emails and on social media. Over the last few years, incidents of stalking have been growing at an alarming rate. In a recent incident, a 15-year-old girl allegedly committed suicide by hanging herself in outer Delhi’s Sultanpuri area after being harassed and stalked by a married man on her way to school and tuition classes. There are many such cases all across the country where repeated harassment by stalkers drive girls to the edge of fear and panic.

“One needs to understand the magnitude of pressure, trauma and distress an individual goes through when dealing with stalking. It has an impact on everything — work, relationships, social life, health (mental and physical). Most victims experience helplessness, a continued experience of insecurity and fear with the constant feeling of needing to watch out, be in a start of hyper vigilance and arousal with fear. Depression, anxiety, post-traumatic stress disorder are commonly associated. The key here is in the social support systems, the support that law and authority are able to provide to ensure the feeling of security, and make sure that the stalking is brought to a complete halt with zero tolerance. One needs to extend emotional and psychological counselling to prevent any long-term negative impacts on the individual,” says Samir Parikh, psychiatrist and psychotherapist.

Reflecting on how the problem has grown over the years, senior psychologist Mamta Shah says, “To stalk was originally used in hunting, where the hunter would follow a prey very carefully and stealthily, waiting for the exact moment to attack. Now it is used as an act of pursuing or following someone in an unhealthy obsessive manner. The recipient of stalking feels afraid for themselves and/or others they are close to.”

Explaining the stalker’s mindset, she says, “Stalking involves patterns of behaviours which can be overtly criminal or seemingly non-criminal, or both. It can include sending gifts to the victim, following the victim, visiting them at work, waiting outside their house, taking photographs without their consent, gathering information about them, threatening them, calling or messaging them incessantly, assaulting them.”

Talking about the damage that stalking can cause the victim, she says, “Victims of stalking generally report severe, life changing effects, which affect them emotionally, socially and physically. This can lead to depression, anxiety and post traumatic stress disorder (PTSD). The victims live in constant fear. They may or may not seek help. In extreme cases of severe harassment and induced fear, the victims may end their lives.”

Kamla Bhasin, social activist, feels the prevailing mindset of society is also to blame to a large extent. “I think it is a height of patriarchy when a 15-year-old girl commits suicide because she was being stalked by a married man. Why did she feel so desperately helpless? Why did she think her parents, society, police could not help her? It is also the height of patriarchal violence when adult men stalk girls. These men are also a product of our society. We need a cultural revolution to get rid of such patriarchal thinking and attitudes. The values of gender equality enshrined in the Indian Constitution need to enter our homes and our psyches.”

Akshay Kumar, senior psychologist, agrees that incidents of stalking often traumatise victims so much that they leave emotional scars of fear and anxiety in the victim, affecting their mental and physical health in the long run.

Suneel Vatsyayan, life coach, concludes saying, “Stalking in any form is an offence legally but it is playfully brushed off among adolescent girls and boys. Adolescent girls are vulnerable physically, psychologically and socially and often feel inhibited or scared to speak up because some things are not talked about openly in the family and school. In lower and middle economic areas girls have to negotiate with their freedom of socialisation, education or job. Training in self-defence (physical, psychological and social) must be part of intervention for out of school or schoolgoing girls and boys. Boys should also be taught that no means NO.”