Frida the rescue dog emerges as hero of Mexican earthquake

In her career, Frida has located 12 people alive beneath the rubble. 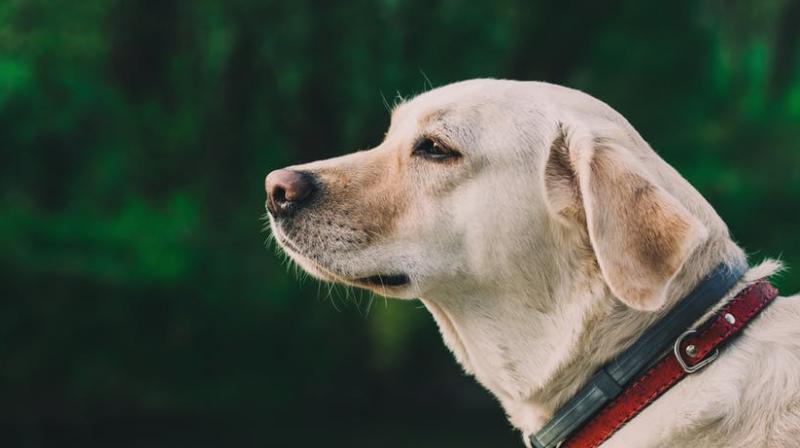 MEXICO CITY: For a country still in mourning and counting its dead from Tuesday’s devastating earthquake, Frida the Navy rescue dog has emerged as a source of inspiration and pride in the search for survivors.

Known for her custom-made doggy goggles and boots, the 7-year-old yellow Labrador has become a social media star, appearing on one man’s tattoo and the unofficial image of a 500-peso note. Some posts have wildly exaggerated her feats.

In her career, Frida has located 12 people alive beneath the rubble plus more than 40 others dead, more than any other Mexican rescue dog, the Navy said. She has put her nose to work in disasters such as an earthquake in Ecuador last year, another one in southern Mexico two weeks ago, a landslide in Guatemala in 2015 and a Mexico City gas explosion in 2013.

Her credits for the most recent disaster has not been tallied yet, said Navy Captain Armando Segura, because she is still busy trying to save lives. The 7.1-magnitude quake has killed nearly 300 people, and rescuers were still digging through some of the 52 buildings that collapsed in Mexico City alone.

Frida has spent most of her efforts at a school in southern Mexico City where 19 school children and six adults died, but 11 more children were rescued.

As one of the of the country’s most trusted institutions, the Mexican Navy has a wider role than most armadas, including a canine unit that has two other dogs, a pair of 18-month-old Belgian shepherds, Echo and Evil.

Mexico’s army also has rescue dogs digging through the debris of damaged buildings, and a dog named Maya from the Jalisco state government was credited with finding two dead bodies on Thursday. The United States and Chile have also brought rescue dogs for the Mexican quake.

None can match the fame of Frida.

“It’s a source of pride to work with Frida. She’s a very, very special dog,” said Israel Arauz, her handler for the past two years.

Frida only has about a year left as a life-scent dog before her olfactory senses are expected to decline, after which she will retire to live with Arauz.