Local authorities, along with villagers and vets have no idea as to what kind of creature could suck all the blood from eight adult sheep. 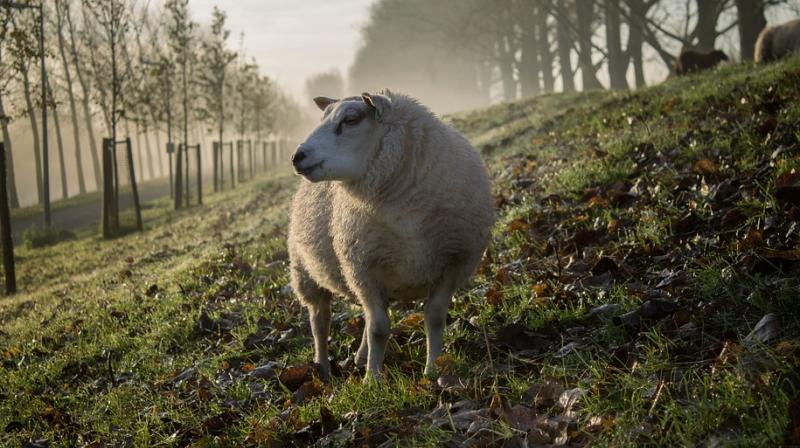 The flock belonged to Farmer Mykhailo Ostapyuk, who discovered the dead animals in the morning when he was moving his flock of sheep. (Photo: Pixabay)

In a terrifying incident, villagers from an Ukraine hamlet have claimed a mysterious vampire-like creature has killed eight sheep and sucked their blood completely dry.

According to a report published in The Sun, the corpses of the animals with holes in their necks were found in the village of Matveevtsy in eastern Ukraine's Ternopil Oblast region.

Local authorities, along with villagers and vets have no idea as to what kind of creature could suck all the blood from eight adult sheep.

The flock belonged to Farmer Mykhailo Ostapyuk, who discovered the dead animals in the morning when he was moving his flock of sheep from an open-air sheepfold to pasture.

Speaking to local media, he said, “The corpses of the sheep were scattered in different parts of the sheepfold,” adding. “Looks like they were hunted and killed one by one.”

Ostapyuk says he now plans to install CCTV cameras in the sheep pen to catch the mysterious creature.

According to a local vet, each corpse had two holes on the neck artery and some of them had holes in their legs where veins were located.

The vet added that all the blood was sucked from their bodies through the holes in their necks and legs.

Each of the killed sheep weighed about 154 pounds.

The terrified villagers say they cannot imagine what kind of creature could be so vicious.

Ostapyuk had a picture of a footprint he found near the fence of the sheepfold and while some say that the footprint is similar to that of a wolf or a large dog, local hunter Yaroslav Yurchuk believes that a wolf or a dog could not have killed the sheep.