Life   More Features  24 Aug 2017  Scooter flips over to throw driver off and glides away without him in viral clip
Life, More Features

The scooter flipped over when the driver hit brakes to avoid collision and drove off when he picked it up. 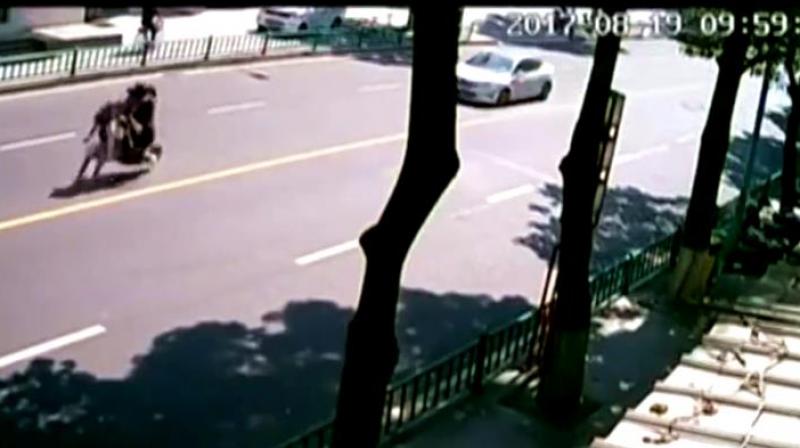 The video has thousands of shares on social media (Photo: Facebook)

Road accidents are no joke and can result in grave consequences including gruesome deaths, but some incidents can turn out to be somewhat amusing. While it may take some time for self driving vehicles to make it to roads, seems like some already have a mind of their own.

In a bizarre instance in China caught on camera, a scooter actually flips over throwing the riders off and then drives off without them when they try to get back on. The hilarious incident took place when the driver hit the brakes to avoid a collision with a car.

The video has received thousands of shares as people are baffled at the way the scooter seems to be moving on its own.