‘Escaping suppression not the solution’

A trained Western ballet and Bharatanatyam dancer, the writer is equally obsessed with making dance and love as central themes in many of his plays. 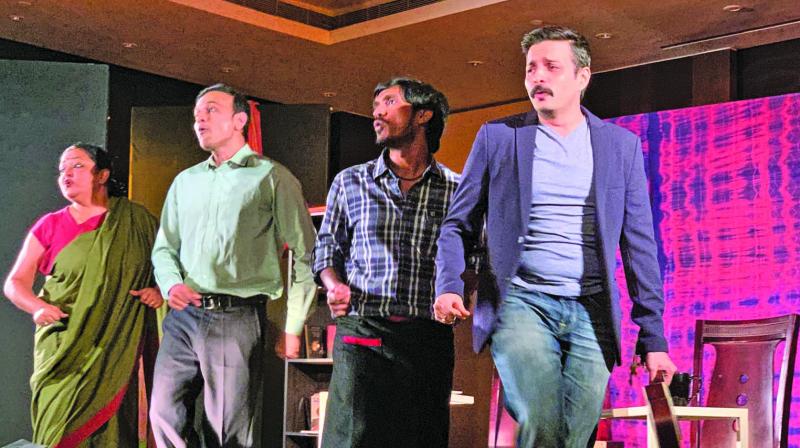 Still from the play Dance Me to the End of Love

Although India has an illustrious history of drama from the time of the Vedas, English drama was only made familiar in the twentieth century, after Independence. This dynamic and powerful tool of expression has been used to bring the social change, and very few playwrights have been able to fit the brief. Among them is the pioneer of English playwriting in India, Mahesh Dattani.

In 1980, when he brought to life Dance Like a Man and Tara in 1990, they became the voices of the society. His plays mostly center around the conflicts over men and women’s traditionally prescribed roles by society. His plays like Final Solution in 1993 and 30 Days September in 2001 too have been mirrors to prevailing social and political disturbances. While Final Solution focuses on the issues of communal disharmony between Hindus and Muslims in India after Partition, the latter treats the issue of child abuse.

After almost seven years, Mahesh is back with his new play titled Dance Me to the End of Love, presented by NCPA. The play, which revolves around a queer romance and dating in the time of social media, is a mix of two different stories – The Date and The Dated by Mahesh’s student Avantika Shankar and The Reading by Mahesh himself. “When I read the script, I thought it would be interesting to take it further as an evening of theatre. As the stories are about dating and romance, I thought it will go well with the young audience,” says Mahesh, whose play is tied to a song with the same title by Leonard Cohen. 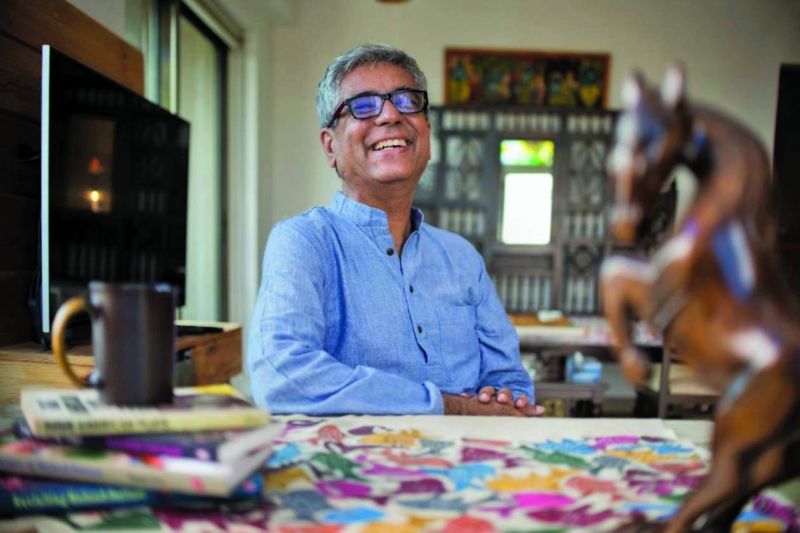 Often being the first choice of many eminent theatre directors to recreate his work, Mahesh is the first playwright in English to be awarded with the Sahitya Akademi Award in 1998. With his array of plays, the director and actor has also tried to break the stereotypes associated with gender and relations. “My plays are about man and woman conflicts, and I feel the conflicts are exacerbated when they don’t follow the traditional roles. I break the monotony of traditional roles. My woman is not a nurturer and man is not the provider, so it comes as a conflict because they are not as the society has prescribed them,” explains the writer, and adds that society may be in order, but at the end of the day we all are individuals. “I think it’s good to challenge these roles, because society is not static. Dialogue between art and society is to negotiate those changes,” he insists.

A trained Western ballet and Bharatanatyam dancer, the writer is equally obsessed with making dance and love as central themes in many of his plays. The metaphorical usage of dance presents the identity of an individual, whereas love is used as a very fragile emotion in his plays. “It’s not because I am a dancer, but the dance world is familiar to me. I use dance as a metaphor. I think dance is just an expression, if you are dancing then you are expressing an identity,” he elucidates.

While theatre as a whole still remains unattractive, English theatre is yet to see success in many parts of the country. “Indian English writing in theatre is very small, it is just in the pockets of urban areas. We need them in hundreds. If you are a writer, you have a limited scope in theatre. Unless you are attached to a theatre company or a theatre company has approached you to write a play,” rues the writer, adding that there is a need for creating interactive programs for playwrights.

“There should be a play laboratory where young playwrights can have opportunity to interact with writers, directors and other designers. Today the writer is lost. We don’t have enough programs,” he says regretfully.

Despite the unstable nature of theatre, Mahesh dared to take it up as profession. While the playwright wanted to stay away from his family business, he did take up advertising work to support his passion, only to call that off soon after. “I think that was stupid idea,” laughs Mahesh. “All I knew that this is what I want to do. I never had that intellect that that how am I going to survive in this,” he reveals.

In his illustrious career of over three decades, Mahesh has successfully juggled the roles of writer, actor and director. When asked if he regrets sacrificing any of his responsibilities, he confesses, “I think this is a mistake that I made in my earlier days. You have to have all three skills at your fingertips, but not together. I realised later that as a director I was there as a lawyer defending my writing, whereas a director brings in new thoughts in the play. But now I am mature enough to see where the director is and where the professional lines are,” he says.

Living in a time of social and political upheavals, writers are suppressed everywhere in the world, and Mahesh is not an exception. “My play Final Solution was banned in Bangalore because of its political relevance, but that’s not right. Writers are the first to face suppression and that’s not a healthy environment. But escaping from suppression is also not the solution. You have to write what you think is right and the need of the hour. We need an egalitarian society,” the writer suggests in conclusion.