Elephants beat the heat with watermelon and cucumbers 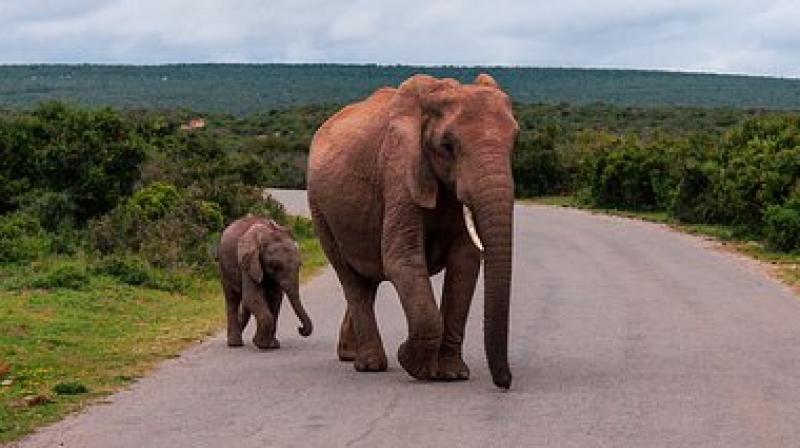 The challenge before the centre is to protect a toothless and blind 70-year-old female elephant named Suji. (Photo: Representational/Pixabay)

Mathura: Elephants at a centre in Uttar Pradesh's Mathura district are being fed watermelons, muskmelon and cucumbers to beat the scorching heat. Water sprinklers are kept on most of the time to reduce the heat at the elephant conservation and care centre in Farah town, around 25 km from Mathura city. "While every effort is made to reduce the temperature, the elephants' food these days consists of items that can counter the heat," Baiju Raj, conservation project director, Wildlife SOS, said.

The official of the non-governmental organisation said a pond was also attached to every habitat so that the elephants can have a bath. Raj said watermelons, muskmelons, cucumbers and other items were added in their regular diet. They are also taken to Yamuna River and allowed to remain in the water for two-three hours. According to conservation officer Shivam, the challenge before the centre is to protect a toothless and blind 70-year-old female elephant named Suji.

Though the normal life of an elephant is 60-65 years, Shivam said: "we could add five years to her life, as she was properly nurtured here." He said the tusker's owner released her in the forest of Tirupati due to her old age as she became unfit for the circus. From there, Suji was brought here after villagers informed the centre, he added.

Producer Kumar Abhishek all set to release "COAT" by this year