Artist Kiran Hotkar is on a mission to revive the art of miniature painting. 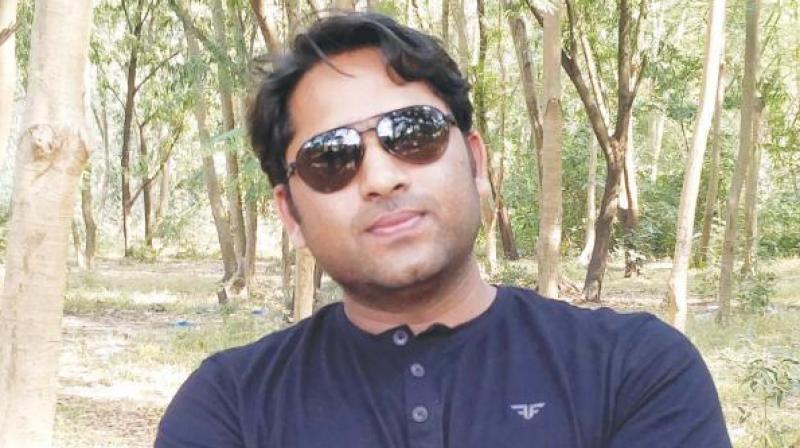 Miniature art is breathtaking. Using a magnifying glass to see the intricate details only adds to its charm. Solapur-based Kiran Hotkar’s fascination for small things has allowed him to create these extraordinary minuscule paintings. His canvas size starts at 5 millimetres and he uses a self-customised brush consisting of two to three hair strands to paint on such a tiny surface.

Talking about his passion, Kiran says, “In 2005, I was working as an artist at a art gallery in Mumbai. There I saw street artists who would write names on a single grain of rice and got inspired by them.” 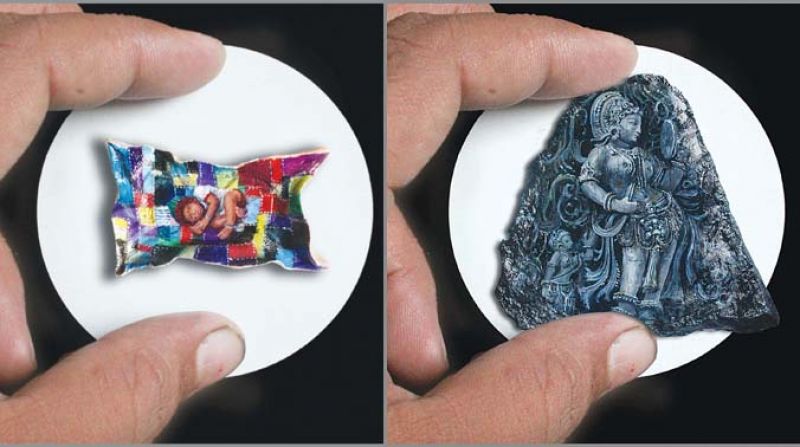 A kid and Shilabalika of Belur Darpana Sundari

Kiran has completed his ad diploma in Solpur . “After I got the inspiration, I practised on small objects and tried to create miniature paintings,” he reveals. 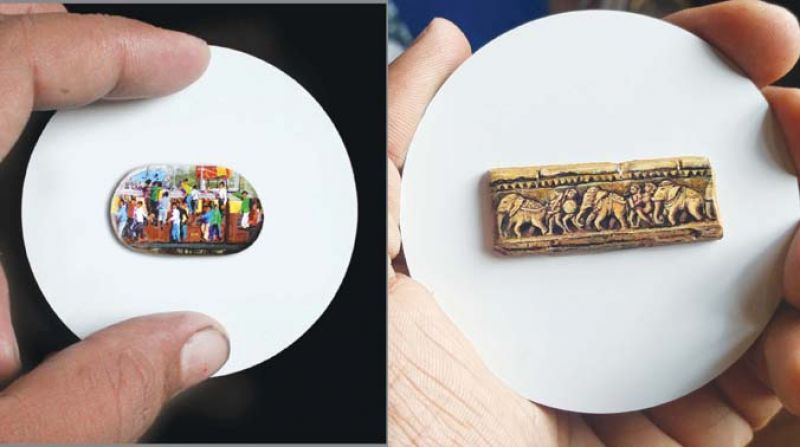 Creating miniature art is difficult in itself. But the other challenge Kiran faced in the later stages of his production was bringing his work to the audience. “I didn’t know how to display the art and that was a problem. But when I went overseas for some work, I learnt how the artists there displayed their work,” he says. 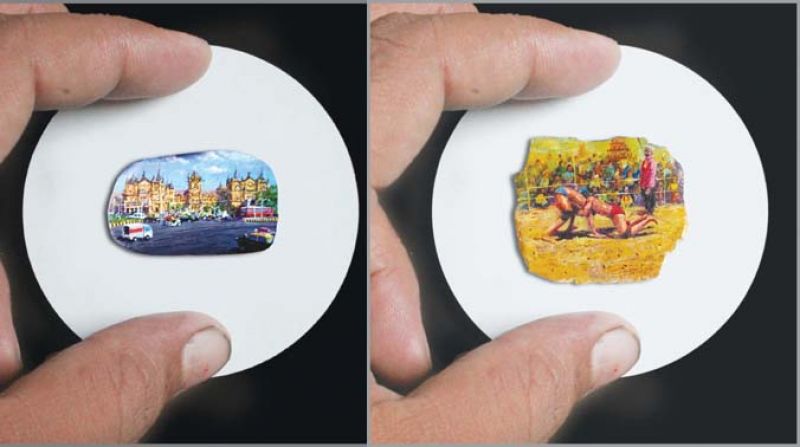 The 36-year-old painter has worked as a CG artist for big brands such as Sony pictures, Walt Disney, Universal Studios, etc before he found his niche in miniature artwork. Now, there’s no turning back!

However, it is not only his canvas that is unusual; the artist also uses unusual objects to paint his creations. “For miniature paintings, I usually prefer the likes of pebbles, coins, stones or other objects that attract me,” says Kiran.

According to Kiran, miniature art is not a new art form and has been practised in India for thousands of years. “Miniature art has been practised in India  probably since the time of the Mughals. But with the popularity of contemporary art and modern styles, the old styles are forgotten. They are not seen these days because people are not interested in miniature art anymore. Since it is a very old art form, the craze has died down and modern art is preferred,” says Kiran, who is trying his best to revive miniature art.

Another reason the art form is on a decline could be the immense concentration, patience and time required to create these paintings, which are as small as the tip of a pen. “It depends on the object and subject. Even the smallest one takes five to six days to complete,” says Kiran, adding, “Sometimes if the paint crosses over, then we have to repaint it. We sometimes also need to hold our breath while painting the finer details. If there is too much colour on the brush, it can ruin the entire painting.”

The artist has exhibited his art in various places like Mumbai and Delhi and has also showcased his work internationally. “Miniature artwork creates curiosity among viewers. When they get closer and see the intricate details, they get amazed,” he signs off.