In the heart of Delhi, one can gorge on sumptious Tibetan delicacies at Majnu ka Tilla. 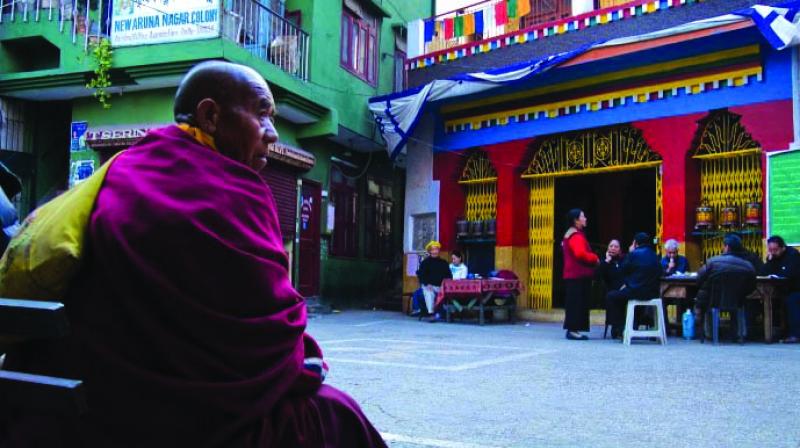 Hidden between tall buildings and colorful triangular flags, this place, despite being part of the Capita,l projects a different picture. Suddenly you get the feeling as if you are part of a mini Tibet.

Monks walk around sharply dressed in red and yellow robes, and an uncommon aura of silence and pleasant scents take you to a different world altogether. Only a rickshaw ride from Delhi University’s North Campus takes you to a completely different ambience as you enter Majnu ka Tilla – a Tibetan refugee hamlet.

Majnu ka Tilla, otherwise is a beautiful Gurdwara situated on the banks of the river Yamuna. Legend has it, a muslim hermit who would ferry people across the river, was blessed by Guru Nanak Dev for his selfless devotion, and thus this sanctuary immortalises his memory.

However, apart from the pristine white Gurudwara, the place is better known for its range of cafeterias.

Built upon makeshift houses, the place boasts of restaurants, guesthouses, retail stores of books and souvenirs, offices, and even kiosks dealing in foreign exchange.

There is also a small monastery and a Buddhist temple are located at the bank of the river Yamuna. This place is a refugee settlement since the residents left Tibet in 1959-60 when Dalai Lama too came to Dharamshala.

The narrow winding alley makes it seem as if you are traversing through a higher altitude.

This “Little Tibet” officially called, as the New Aruna Nagar apart from being a well-preserved Tibet, it has become a popular destination for tourists and the students to satiate their appetite, gorging on sumptuous Tibetan food. 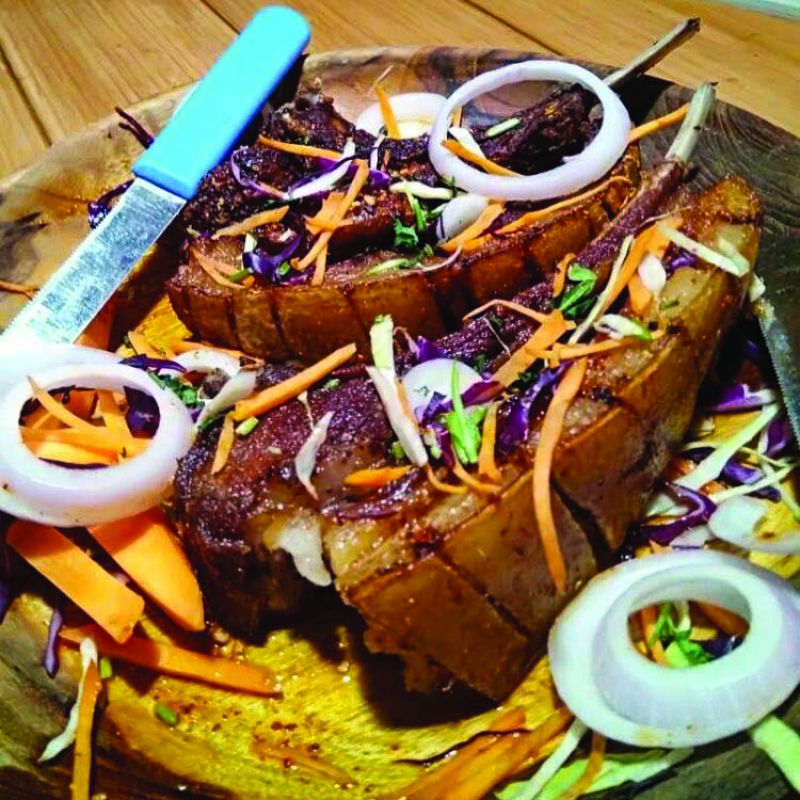 This place has a lot to offer from coffee shops one of the most known being the AMA café to exotic Tibetan cuisines and is also a shopping paradise for the people as it offers a variety of colorful clothes and jewelry. It transports you to a different world. Indeed, the refugee hamlet at Majnu ka Tilla showcases the efforts made to preserve a culture that could have so easily been lost due to the physical displacement of people from their homeland.

It’s indeed a pleasurable escape from Delhi’s heat and crowd. One can find solace sitting here in the middle of the colourful flags with birds chirping and a coffee in hand.