Neena Gupta in a new avatar

She was a part of the parallel cinema movement, and is now the face of Chef Vikas Khanna’s new film. 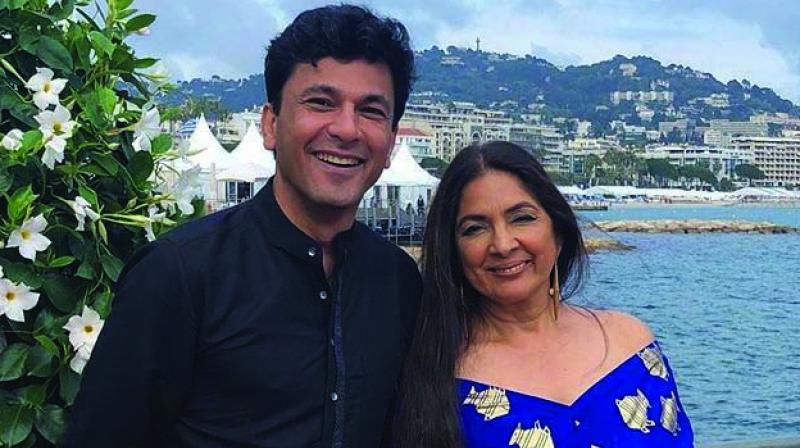 Neena Gupta, who was at the forefront  of  the avant-garde movement, also known as the  parallel movement in Indian cinema, says she has never been in a better place as an actor.

In the 1970 and 80s when Shyam Benegal, Govind Nihalani and Kundan Shah spearheaded the parallel movement in Hindi cinema, the plum roles in all the prestigious realistic films went to Shabana Azmi and Smita Patil. Neena Gupta was left with the leftovers.

“There was nothing for me then. The actor in me would have died if television had not come along,” says Neena.

Directing and acting in the serial Saans which was about an extra-marital affair way back in 1998 gave a new boost to Neena’s career. But as far as cinema is concerned, she has always been in a dry zone.

Last year, Neena posted a message  on social media asking for movie assignments. “I think that really worked for me. I am doing a whole lot of work. I am in the Kareena-Sonam Kapoor starrer Veere Di Wedding. I also have interesting roles in Nikhil Advani’s Mulk and Dibakar Bannerjee’s Sandeep Pinkie Farar,” says Neena.

But the film she is most looking forward to is chef-philanthropist Vikas Khanna’s The Last Colour, a film that focuses on the plight of widows in the holy city of Varanasi.

Says Neena, “I don’t know what prompted Vikas to make this film. He does so many things besides cooking. Now after proving himself a master-chef, he has  proven himself as a master  filmmaker.”

The Last Colour features Neena Gupta in the pivotal role of a  widow who is not allowed to  play Holi, until a girl whom she had befriended and mothered in the past comes forward to fight for the widow’s right.

Neena confesses this level of centrality to a film with such an important theme is new to her. “When Vikas told me about the film, I was  stuck with how far-reaching the message of women’s empowerment went in this film. Widows were not allowed to play Holi in Varanasi until this girl, a lawyer, challenged the custom in court and won. This is the story of the widow who inspired her to fight against a widow’s right to play Holi.”

The Last Colour was showcased at  the Cannes Film Festival last week.

Says Neena, “We released the trailer at Cannes. It was so well-received. The film has been beautifully shot to create vivid contrasts — the colours of Holi and the white that widows have to wear. I can’t wait for it to go out in the public domain.”