Half full or Half Empty

The proverbial example of judging the glass as being half full or half empty is another example that invokes your ‘affective’ brain. 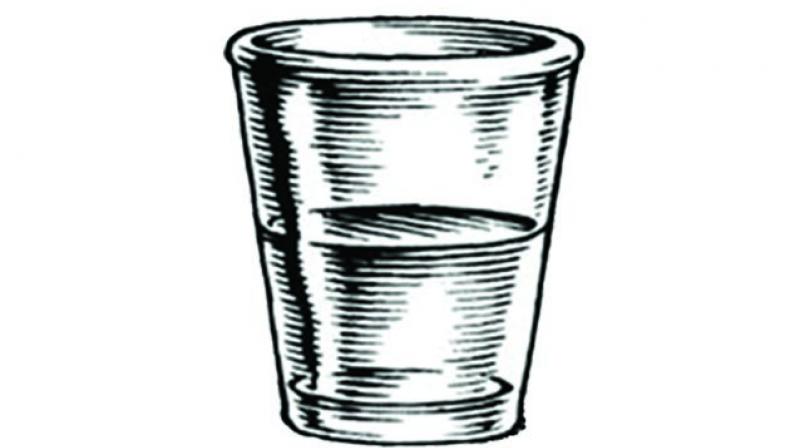 In short, your brain activity at rest tells a lot about how you see the half-glass!

Let us say you are driving to the airport in a hurry to catch your flight, and alas, the car tyre bursts, bringing you to a halt. You realise it is a mess now — you would miss your flight, and you also need to get the car repaired. However, there is another way to look at it — you are fortunate it did not turn out to be much worse.

The car could have veered off to the other side and hit head on with an oncoming vehicle, endangering even your life. Which way you might see the situation is determined by whether you are an optimist or a pessimist. The proverbial example of judging the glass as being half full or half empty is another example that invokes your ‘affective’ brain, the part of the brain that makes you an optimist or a pessimist.

Scientists have made much progress on this intriguing question as to what makes us so different in the way we see the same situation. Right from birth, we are subjected to so much of information that we need to be able to selectively attend to two kinds — those that invoke fear since that is essential for survival, and those that invoke pleasure since that makes us happy. It has been identified that the brain has separate areas for these — called the fear and pleasure centres of the brain.

In simple terms, the relative strength of these centres and their connections with other parts of the brain determine whether an individual is an optimist or pessimist. Another remarkable finding is that the optimism and pessimism bias can be identified by simply monitoring brain activity of an individual at rest! Optimists exhibit more activity in the left half of their brains as against the right half, whereas this asymmetry is less visible in pessimists. In short, your brain activity at rest tells a lot about how you see the half-glass!

The next natural question is as to whether it is at all possible for a pessimist to become an optimist. Science holds much promise, to the extent that there are simple computerised training programmes that help shift orientation towards optimism. One of these works by presenting image-pairs alternating with strategically positioned ‘targets’ that attract the person’s attention towards the pleasant images. Soon, whether to be an optimist could become a choice available to us.