While travellers had to face inconvenience, they spent time seeing the joyful creature play. 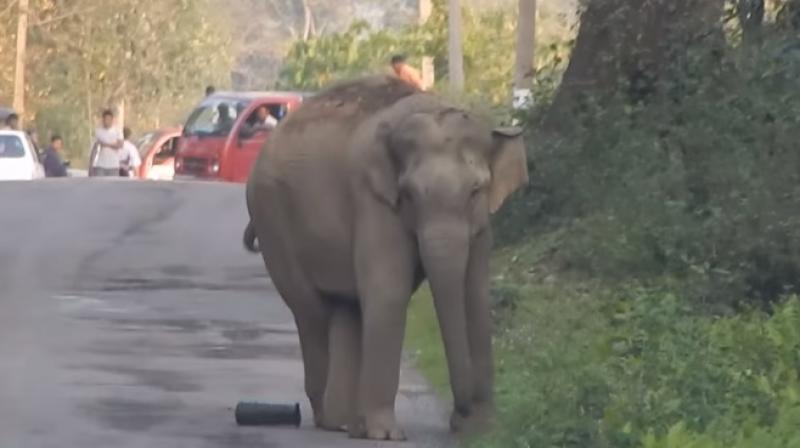 The video was shared by a passerby (Photo: YouTube)

Elephants are gentle giants of the animal kingdom and while these massive beings might be the ones no other creature would want to mess with, they can also be extremely adorable when joyful. While humans do enjoy the beautiful game of football, elephants too seem to have a fondness for it.

This love for football was on full display at a highway in Assam where an elephant was seen playing with a plastic container. It was so elated and busy enjoying the game, that it made him oblivious to traffic on the road which was halted for 30 minutes for the game.

While travellers faced difficulty, they spent time witnessing the joyful creature in its element.