A filmmaker is on a journey to capture the life of people feeding stray animals in her half finished documentary ‘Feeders’. 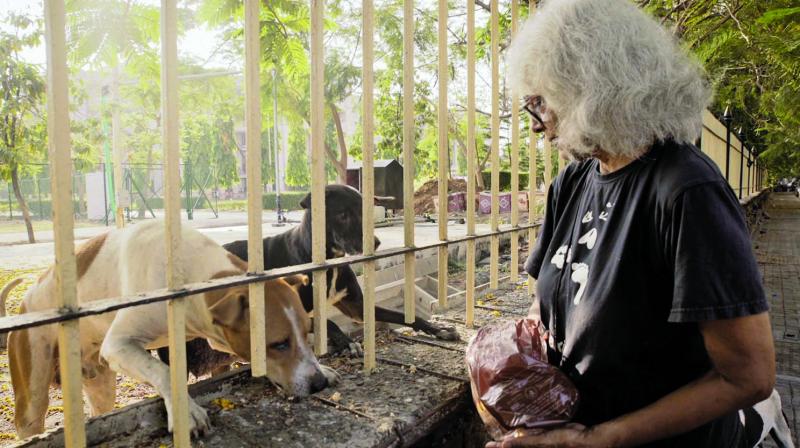 The documentary that she started in 2015 and shot till 2018 is half finished and the director is in search of funds to complete it.

When Mriidu Khosla lost one of her rescue cats eight years back, she was advised to contact the ‘feeders’ — people who feed the strays — and look for her kitten with them. A journey that took her by awe, Mriidu quickly realised the role these feeders play in a stray animal’s life. Recollecting the story of meeting the first feeder, Mriidu says, “I meet this lady Suman aunty who use to start her rounds at 8 or 9 in the night, and I started following her in the hope of finding my cat. The whole process went on till 1-2 in the morning, and she would feed 200 dogs and cats in the Four Bungalows, Versova, and the Seven Bunglow area. That is where my journey began.”

With thousands of stray animals roaming around the streets of Mumbai, many go to bed on an empty stomach while a handful of these furry animals are fed by few generous feeders. Be it biscuits, roti or proper dog food, these feeders are God sent angels for the strays. So finally giving these women feeders the recognition they deserve, Mriidu and her team at Zcyphhers, is putting together a documentary of more than six feeders, named ‘Feeders’.

Coming from various walks of life, these feeders not only spend money but also give their time and energy making sure that the maximum number of animals are fed. “There’s a feeder who comes from the slum and works as a maid in four-five houses. There are also feeders from extremely rich families,” says Mriidu pointing towards the fact that how society doesn’t accept the feeders readily. “At the end of the day the abuse they are facing from the community is the same, so it doesn’t matter where you come from,” she adds. 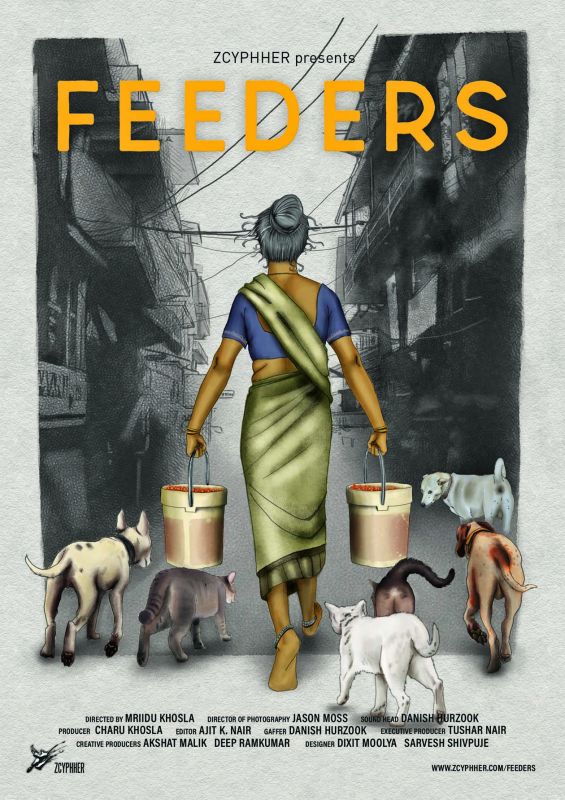 The documentary that she started in 2015 and shot till 2018 is half finished and the director is in search of funds to complete it. A snippet of the documentary narrates the tale of two women, their efforts of preparing the food and venturing out in the night to feed the strays.

Mriidu also points us to an interesting aspect of religion and culture and how it affects the feeders. She says, “They come from different cultural backgrounds, one’s a Hindu, one’s a Muslim, one’s a Christian and these culture about plays a big role. For Muslims, they are not supposed to do things for dogs, so when they do that, the community doesn’t like it, and for Hindus, it’s like they should stay away from cats especially black cats. They face a lot of these religious/cultural issues. There is a lot of these underlying problems we wanted to highlight.”

Although they are engaged in a noble work, feeders are not regarded in a good light by society and often face verbal and physical abuse. Sharing an incident, Mriidu saw first-hand while shooting the documentary, she says, “There was this one lady, she called me and said take my interview. And she went on and on about how these feeders litter the street and because of them there is shit everywhere. There are also people who have thrown stones at feeders on camera, literally treating them how they treat the strays.”

Though she has been shooting feeders in the city since 2015, Mriidu’s vision is to make this a national project. Explaining how feeders in Mumbai and Delhi are different, Mriidu says, “There are some really good feeders in Delhi who suffer so much more than those in Mumbai because of the safety aspect. And they can’t attempt it in broadday light as the chances of attracting criticism is more. Feeding at night in Mumbai is very different than feeding at night in Delhi.”

To take her documentary to a national level, Mriidu is trying her luck at crowdfunding. As of when the article was written, the total amount raised was under `4 lakh while the target is `19 lakh. But nothing is going to deter Mriidu as she is leaving no stone unturned. “We’re going to look at other crowdfunding platforms because we need to make that our goal. I’m also meeting with other organisations who have shown interest. We’re also looking at brands to associate with, especially pet food brands, so in the past few weeks I’ve been approaching them. We’re definitely pushing till the last breath,” concludes Mriidu.

You can donate for the cause at http://bit.ly/2VYIePj