Lie is not beautiful

Spotting a habitual liar, especially among adults, is a task in itself. For, compulsive liars can be highly convincing. 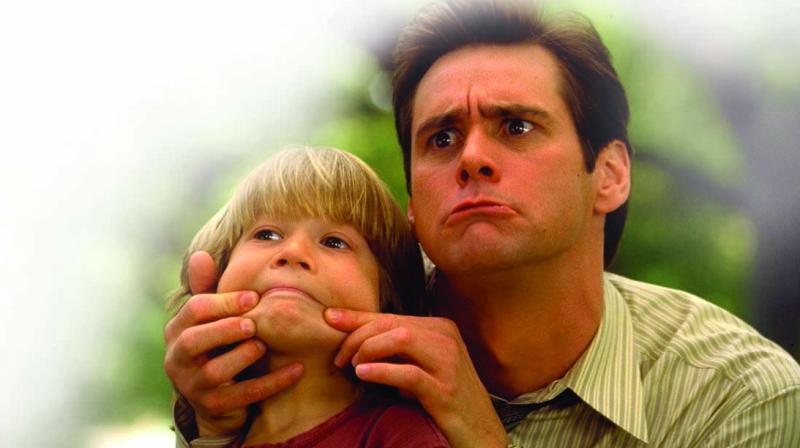 In the 1997 film Liar Liar, Jim Carrey plays a habitual liar who, after his son makes a birthday wish, becomes unable to lie.

Lying is a common practice among children and adolescents, so much so that it is actually considered a part of their growth and developmental process. That said, it is a process that the children are supposed to outgrow as they become responsible adults. However, not everyone is able to break out of this mould. For some, lying becomes a convenient way to dodge a sticky situation, or a façade to hide their weaknesses. Unchecked lying results in their becoming habitual, or compulsive, liars.

Pathological liars are addicted to lying and their deception is often linked to some mental disorder. They are essentially sociopaths having no empathy for others and lie without any reason. “It is a clinically treated disorder which includes therapy as well as medication. Pathological liars have mood swings and are delusional,” explains Farida.

Compulsive lying, on the other hand, is not a documented psychiatric disorder as such but a symptom of a deep underlying problem such as personality disorder or narcissism or bipolar disorder. The reasons for people to constantly lie can be aplenty but they can be broadly classified into four categories:

Popularity: People who always want to be the centre of attention tend to fabricate lies about dramatic situations that may not have happened.

Control and Manipulate: People sometimes lie because they want something which they know otherwise would be unattainable for them.

Low self-esteem: Many people lie to cover up their low self-esteem. Here the lies are a part of image building.

Masking failures: The person doesn't want to own up to his or her mistake in fear of getting a reprimand. They pin the blame on someone else.

The reasons why a person becomes a habitual liar vary from a dysfunctional family, to neglect as a child, to physical or sexual abuse in childhood, to impulsiveness and substance abuse etc. While the problem can be arrested early on in children, in adults it may require a lot of patience and time.

Spotting a habitual liar, especially among adults, is a task in itself. For, compulsive liars can be highly convincing. “They are so convincing with their lies that they can pass through even a polygraph test. They can look straight into your eyes and lie,” says Farida. “Unlike a pathological liar, what makes a habitual liar adept at lying is the fact that he remembers his lies and uses them to spin more lies.”

However, one can spot a liar by studying his body language. Lying is not easy. We all have a sense of truth or false. Our brain is moulded according to that sense. When a person lies, the body gives an indication regarding the same such as palm-sweating, or lack of head movement, or heightened voice pitch, or pause fillers, or movement of face muscles.

Habitual lying can be quite damaging for both the person as well the people around him. The immediate fallout of such a condition is that such people are not able to form strong and healthy relationships, be it at home or at the work place. As they can't be trusted, they are not privy to many important affairs in the office and run a risk of career breakdown. On a personal level, it is difficult for them to have a close friendship or relationship with anyone including their spouse. “As lying is impulsive, the solution lies in curbing that impulse. It is a problem that needs to be addressed through therapy,” says Farida.

We all tell a little white lie every once-in-a-while. However, a lie is a lie, so is a hidden truth and a half truth. The onus to speak the truth lies on us.