Researchers think that shift from coal to gas may stabilise climate change. 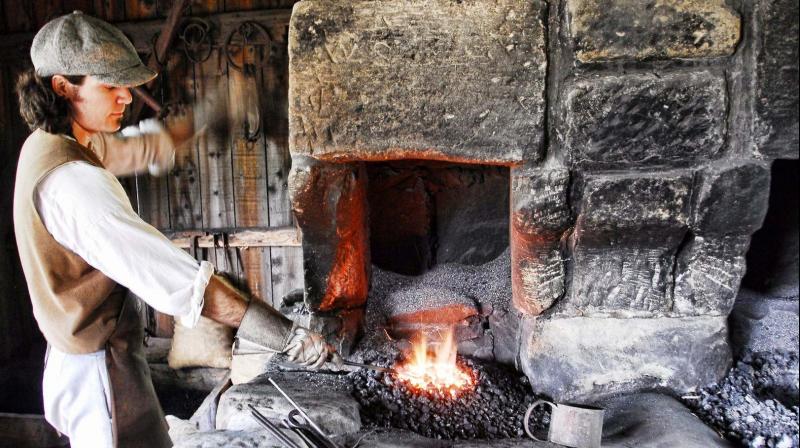 Washington: A transition from coal-based energy to cleaner burning gas would benefit the climate, a study has claimed. The research was published in Nature Climate Change.

Focusing on the world's leading power generators like China, Germany, India, and the United States, the study examined the impacts from a variety of direct and indirect emissions of such a shift on both shorter and longer timescales ranging from a few decades to a century.

"Many previous studies were somewhat ambivalent about the climate benefits of the coal-to-gas shift. Our study makes a stronger case for the climate benefits that would result from this energy transition because we carefully chose metrics to evaluate the climate impacts in light of recent advances in understanding metrics,” said Katsumasa Tanaka, a senior climate risk researcher at the National Institute for Environmental Studies in Japan.

"Given the current political situation, we deliver a much-needed message to help facilitate the energy shift away from coal under the Paris Agreement. However, natural gas is not an end goal; we regard it as a bridge fuel toward more sustainable forms of energy in the long run as we move toward decarbonisation,” Tanaka added.

Concerns about methane leakage from natural gas have been intensely debated, particularly in the United States given the increasing use of fracking over the past decade.

"Our conclusion that the benefits of natural gas outweigh the possible risks is robust under a broad range of methane leakage, and under uncertainties in emissions data and metrics," Tanaka said.

Emissions metrics, or indicators to evaluate the impacts of climate change from a variety of emission types, are useful tools to gain insights into climate impacts without the need for climate model runs.

"Because the outcome can strongly depend on which metrics are chosen and applied, there is a need for careful reflection about the meaning and implications of each specific choice," said Francesco Cherubini, a researcher.

"Each emission type elicits a different climate system response. The diverging outcomes in previous studies may well stem from the type of metric that was chosen,” added Cherubini.

The study combined multiple metrics to address both short- and long-term climate impacts in parallel. It was found that natural gas power plants have both smaller short- and long-term impacts than coal power plants, even when high potential methane leakage rates, a full array of greenhouse gases and air pollutants, or uncertainty issues are considered.

To ensure that possible regional differences were accounted for in the global study, the study compared global metrics with regional metrics to more precisely examine impacts.

"We considered a suite of so-called short-lived climate pollutants (SLCPs), such as SOx, NOx, and black carbon that can be emitted from these plants. This required a regional analysis because climate impacts from SLCPs depend on where they are emitted, due to their short lifetimes in the atmosphere,” said Bill Collins, a professor.

The study by Tanaka and coauthors is part of a growing body of literature that reaffirms the need to phase out coal in order to mitigate rising global temperatures and slow or reverse negative impacts of climate change.

Future related work could consider supply chains and trade within and across nations and other environmental factors, in addition to work on improving the consistency of metrics for evaluating climate impacts.

"Air quality is not part of our analysis, but including it would likely strengthen our conclusion. Other environmental effects, such as drinking water contamination and induced seismic activities, could also add important dimensions to the debate,” said Tanaka.