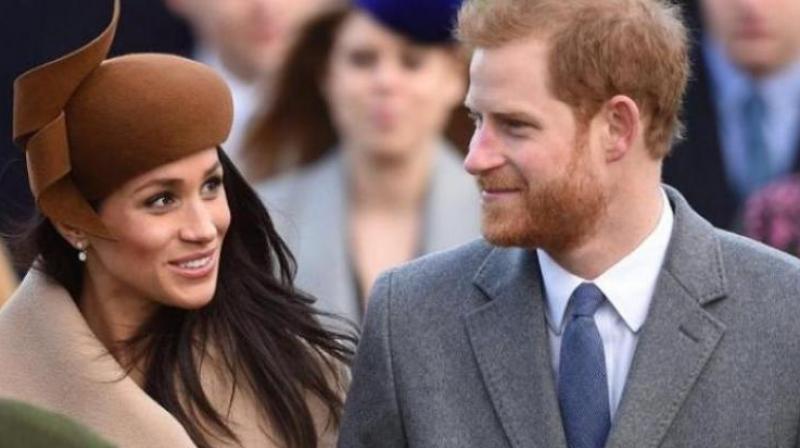 With less than a month to go until she marries Prince Harry at Windsor Castle on May 19, Meghan Markle most likely has already chosen her wedding dress — though what it looks like is expected to remain a top secret until the last minute.

Whoever the designer might be, Markle’s shopping experience is sure to be vastly different from most brides out there. London’s most upscale bridal retailers explain what it really takes to create a luxury gown fit for a royal wedding, and weigh in on whether Markle will go classic or embrace one of 2018′s popular bridal trends.

THE SKY’S THE LIMIT

Royal brides don’t generally pick ready-made dresses off the rail. Instead, Markle is likely to have commissioned an exclusive designer dress tailored to her shape and tastes — and chances are it will be handmade in Britain.

A luxury couture dress like that typically takes months of painstaking preparation and a small army of fitters and seamstresses, and can easily cost hundreds of thousands of pounds.

“If you were to commission a couture made dress, you need to have a lot of trust in the designer and a lot of money. Because the cost of the labor involved in making your dress is tremendous. You should expect to start from 30,000 pounds ($42,000) and keep going up to as much as 300,000 pounds,” said Caroline Burstein, owner of London’s Browns Bride, which sells some of the most exclusive and stylish bridal wear in the capital.

It all adds up: Silks are very expensive, as are British labor costs. A top-quality bespoke dress typically starts with a consultation to explore what styles fit the bride, followed by precise measurements and several initial fittings done in a mock-up fabric, according to leading London bridal designer Phillipa Lepley.

“If it were a royal wedding we’d do maybe three fittings to make sure everything’s to the millimeter, absolutely right,” she said.

Then comes the labor-intensive part: When seamstresses work on the embroidery artwork and lace. More fittings follow to decide details such as where exactly the neckline sits and how many layers of petticoats are needed.

“For a really exclusive dress it could take 60 hours plus (of labor), it depends on the embroidery. If it’s embroidered all over we’re talking hundreds of hours. The sky’s the limit,” Lepley said. “It really is very old-fashioned and all done by hand. It’s unbelievable how many hours things take.”

3-D PETALS OR CLEAN AND SIMPLE?

Romantic, soft and whimsical styles with 3-D details like petals are popular with many brides right now, experts say. But traditional shapes like a ball gown or a column silhouette never go out of style, and many who have watched Markle’s style have a hunch she might go for something unfussy and streamlined.

“Ball gowns are forever popular, because they look so incredibly dramatic. If you can’t make an entrance on your wedding day when can you?” Burstein said. “Lace is always a strong trend and at the moment you’ll see a lot of 3-D petals that give the dresses so much life.”

Lepley said that she hoped Markle would choose “something not too over-designed.” She showed off one of her luxury duchess satin gowns with no embellishments, with just a striking picture collar framing the bride’s face. “This would be amazing,” she said.

“I got a feeling she’d probably like to go quite straight and simple, but she might end up going much bigger because of the drama, the size of the venue,” Lepley said. “She’s got to hit it just right hasn’t she? Not too ornate, not the dress wearing her. She still needs to shine.”

“I’m thinking there’ll be clean lines, a tailored look, very chic. That’s who she is,” Courter said. “I don’t think there will be a lot of lace, maybe a little bit of whimsical touches to represent her personality.”

There’s no denying the huge effect royal weddings have on what brides everywhere want to wear.

“I think people tend to be, ‘Yes I want to follow that through, or I totally don’t want to be like that at all,’” Lepley said of the royal effect. “You get a double reaction.”

Markle has already set herself apart from traditional royal style, ditching classic frocks for trousers on several royal engagements. If she picks something similarly bold for her wedding, it’s sure to make a fashion statement, Burstein said.

“She may not go for a long dress at all, but a beautifully tailored dress and coat. That would send a huge message and no doubt there would be a dramatic shift in what a bride would choose after this wedding,” she said.

And as an established actress known for her love of fashion, Markle’s wedding style will appeal to a broad audience — likely surpassing the “Kate effect,” Courter said.

“We’ve seen the frenzy with what she wears for all these engagements,” she said. “I can really see these brides are going to be running out and saying ‘I want that look, how can I get it?’”