Kate’s new baby is a Taurus; here are 10 traits he may have 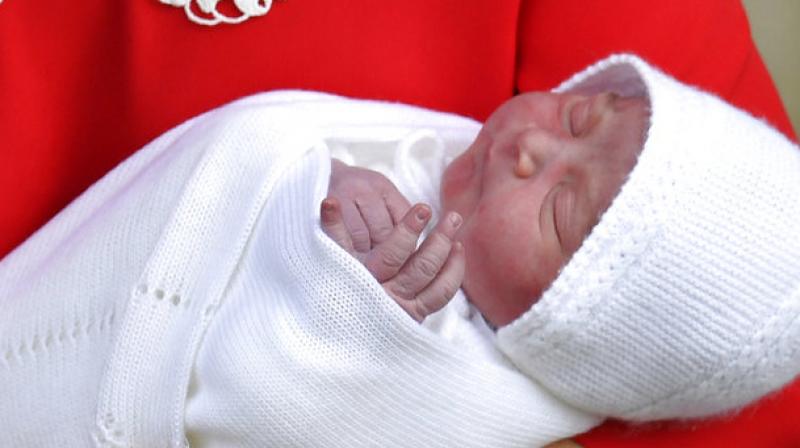 The new prince also shares his star sign with elder sister Princess Charlotte, who was born on May 2, 2015. (Photo: AP)

The Duchess of Cambridge, 36, and her husband Prince William, 35, have welcomed their third baby and royal fans across the world are visibly excited about the new arrival.

The new prince also shares his star sign with elder sister Princess Charlotte, who was born on May 2, 2015.

They are also known to be practical, loyal, hard-working, ambitious, great at making money through business ventures and a lover of the finer things in life.

Down to earth: An Earth sign, they will always remain down to earth and sensible. People born under the Taurus sign love to have simple, comfortable and creative things instead of the flashy, glittery and over the top ones.

Sensitive: Taureans are sensitive when it comes to feelings. They get hurt easily and take things to heart. They prefer to hide their emotions than talk about it and bottle it all up. They can also be sensitive to change, which makes them inflexible.

Stubborn: Taureans can be stubborn in their approach especially when they don’t agree on the same things. If they have made up their minds, they will just refuse to listen to what you have to say.

Artistic mind: A lot of them have a creative bend of mind be it in music, dance, drama or art. They have an eye for design and fashion which everyone loves.

Practical: Taurus people do not have their head in the clouds. They have a practical approach towards life and set realistic and achievable goals. They consider the future a lot and plan for it early on.

Hard working: Taureans are known for their determination. Once they set their eyes on something, they will do anything to achieve it. They remain unfazed with failures and setbacks and take it as motivation to keep going and never give up easily. They

Reliable: They have a few people they care for deeply and rely on. They will always be there in time of need and will provide a shoulder to lean on.

Patient: They are a very easy going people, and they hardly lose their temper without reason. If they do, they will try to control their anger as much as they can. They actually think before acting which is why their patience levels are above average.

Ambitious: The Taurus are often admired for their want to get things done. Their persistence is sometimes seen as stubbornness, but it’s what gets them going. They set achievable and practical goals and take their time doing it rather than rush into things.

Possessive: Taureans can be possessive of not only people close to them but also things. They tend to get quite attached to their relationships and can get possessive over their partners. They sometimes feel insecure and find the need to mark their territory.