Video: Cat gets the cup and ball game right every single time 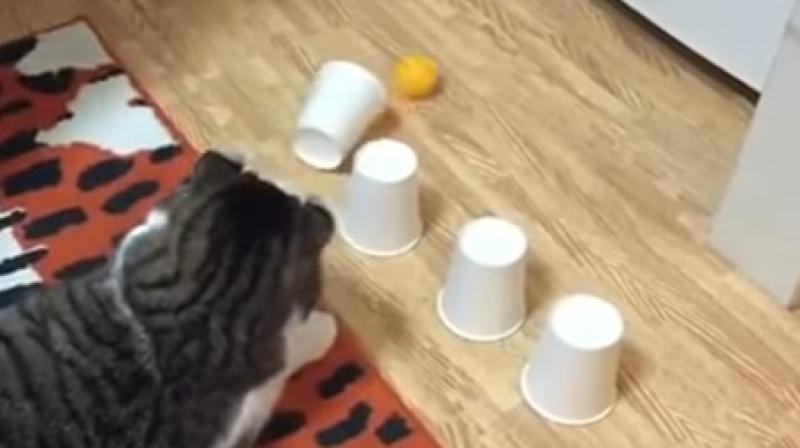 The cat first plays the game with three cups and then with four but gets it right always. (Photo: Youtube/Adil)

Cats and dogs are quite smart and their skills are sometimes beyond our understanding on most occasions. Yet another cat becomes a star on the Internet because of its cup and ball game skills and it will amaze most humans because the latter can barely get it right once. The cat somehow gets it right every single time and the video has now gone viral.

The video starts with the cat sitting in the comfort of its box while the person tries to confuse the cat with the juggling. However, every single attempt fails as the cat gets them all right as soon as it is allowed to choose. First, it is only with three cups, then the difficulty is increased to four cups but that hardly proves to be a hurdle for the furry black cat.

The video on Youtube has now gone viral and has over one lakh views since it was posted. We really don’t know what is going on in that cats head but it definitely seems to be smarter than most people who play the game.