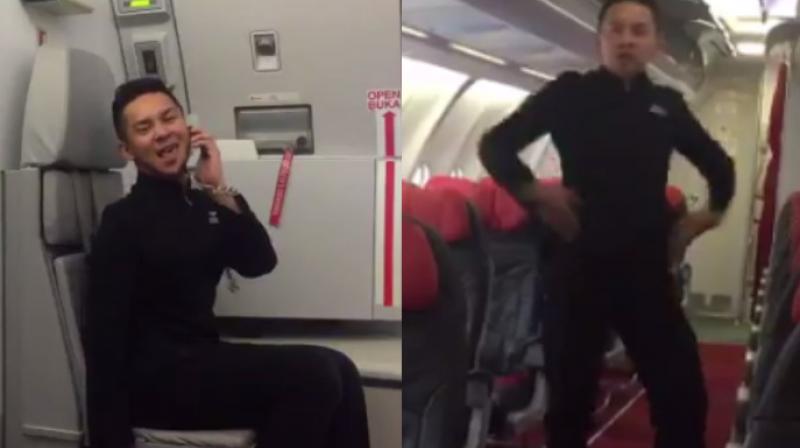 The video was retweeted by Air Asia CEO Tony Fernandes who also praised the staff and their ability at having fun while at work. (Photo: Twitter/FarhanRzman)

Flight attendants have quite a hectic job because they are always on the move and rarely get to have a good time. A flight attendant for Air Asia recently had fun at work and many people really liked it including his boss and the video has now gone viral.

According to a media report, Assraf Nasir decided to have fun and danced to what looks like his favourite Britney Spears song on an Airbus A330 aircraft while his friend shot the video. Nasir was so good with his moves that he has instantly become a hit and people really like the new touch to the song by the popstar.

The video posted on Twitter has got over 6,500 retweets and likes and was even retweet by Air Asia CEO Tony Fernandes. The CEO praised the staff and their ability at having fun while at work and still doing a great job.

A Toxic performance on A330 by @AssrafNasir. Cc @britneyspears 💃🏼💃🏼 pic.twitter.com/xoRksL1DZw