If you fear receiving impractical wedding gifts, or hate the pressures of buying the right one for another, here’s something worth relying on. 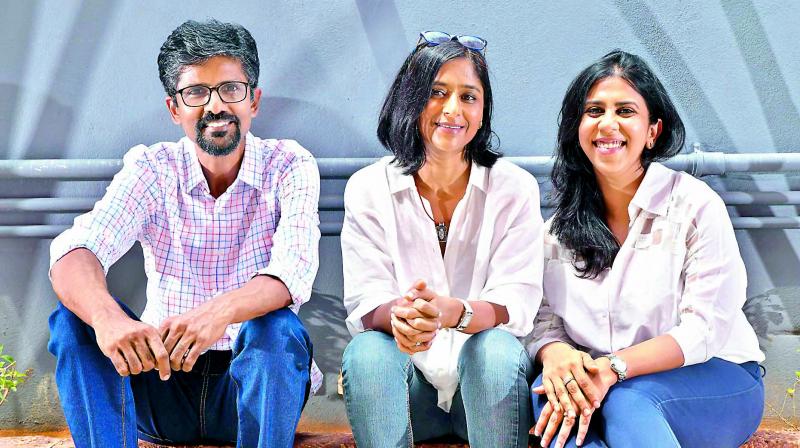 Ask any married couple about the gifts they received on the wedding and they will most likely talk about the disappointing array of impractical, unusable gadgets and curios including weird showpieces, crockery, and dresses you may never wear.

To be fair, however, there are also guests who often rack their brains trying to get the perfect wedding gift for the couple only to often miss the mark. Well, now there is a solution for this eternal problem.

What the couple wants

The concept of wedding gift registries, has been prevalent in the West for a long time. However, the Indian wedding market is still warming up to the idea.

“Wedding Wishlist’ is a website trying to make a trend of wedding gift registries in the Big-Fat Indian wedding market. Started by Kanika Subbiah along with friends Tanvi Saraf and Sathish Subramaniam, it is trying to change people’s mindset and bring an awareness about the concept. “A registry website works best for millennial couples who know exactly what they want. It is also a precursor to setting up their home after they wed because they can indicate on the site all they'd need,” says Kanika.

But are aunties and uncles actually taking the registries seriously? “The silver lining is that across all the registries we've done, more than 60 per cent of the guests have actually happily and actively participated in getting the couple items from their registry,” assures Kanika.

Interestingly, while some couples request guests to pitch in for their dream honeymoon package, the new age sensibility extends to even asking guests to donate to a charity of the couple's choice. “Couples are getting very creative while making the registry too. And all of it is done very tastefully,” says Kanika.

To ask or not to ask

Benedict John and Chanchal Thomas, a couple who opted to get a wedding registry done for their nuptials, say it was a one of the best decisions they made. “The gift registry was a suggestion by my older sister, whose friend had used it too. In our case, the registry ended up being useful for our guests, who were coming in Dubai, Abu Dhabi and other parts of the world. They didn't have to worry about carrying wedding gifts to India and we got the gifts we wanted,” says Benedict.

But what about guests who are not exposed to the concept? Are the typical Indian baraatis okay with it? Worse, do couples fear that a wedding registry will make them seem rude or demanding?

Zinia Bondhopadhyay, a bride-to-be considering a wedding gift registry, agrees about the reservations. “Gift registry is actually a great idea. I really don’t want my married life to begin with two microwaves or tons of sarees that I may never wear. However, while I think my friends would be cool with the idea, I am not sure if our relatives, especially the older generation, would be okay with it,” says Zinia.

That said, Zinia’s relatives have also been enquiring what she and her soon-to-be husband want in gifts. So while she believes a registry would be a perfect way to let them know, her main concern is the online nature of it. “Again, the older generation might find it hard to understand or navigate around it,” she adds.

Zinia is not the only one with doubts about relatives’ responses and reactions. Fahad Ahmed, who is all set to marry his childhood sweetheart, despite seeing the practicality of it does not plan to get one made. “Although it's a great idea, it may be seen a little too western and not in line with the Indian sensibilities. People here want to feel more engaged in the wedding, and choosing a gift for the bride and groom is a part of that process,” says Fahad.

Despite the possibility of the concept taking longer to catch up and finding its niche in the Big Fat Indian Wedding market, one cannot overlook the practicality of a registry. After all, even wedding planners was a foreign idea before it became the hottest trend even in India.