The first edition of a three-day humour fest aims to bring all age groups under one roof for a good laugh. 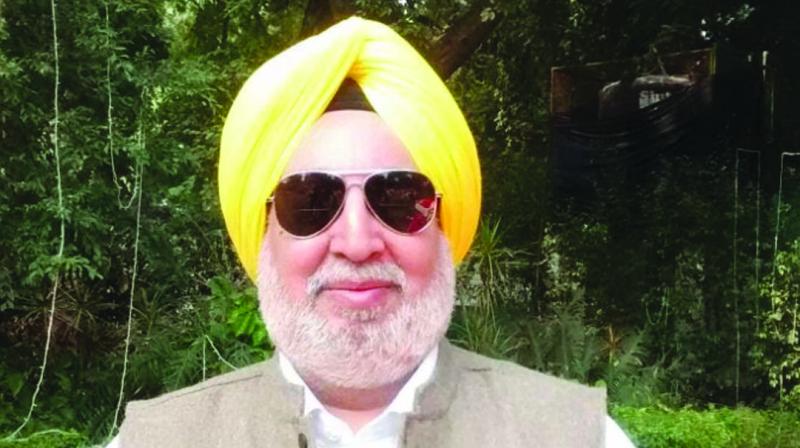 The capital of India is not just an over-populated city mired in controversies and issues, it is also a melting pot of cultures. With an aim to entertain the folks of Delhi-NCR, the founders of Khushwant Singh Humor Fest are set to host a three-day-long festival that aims to take the load off from daily stress with laughter.

According to the organisers, the Khushwant Singh Humor Fest was conceptualised about a year ago during a spirited conversation between Maheep Singh and Jaskaran Singh, who wanted to explore a pertinent question — where has the humour gone? To answer this, Maheep Singh mentions, “I am in my late forties and Jaskaran is in his early fifties, and both of us have seen the best and worst of humour in our younger days, which is now missing from all spheres of our social and cultural daily life. This humour fest is a tribute to a man who called a spade a spade. It is not a stand-up comedy fest but an attempt to include all genres with a humorous perspective. We have tried to incorporate mediums such as dastangoi, journalism, social media, print, digital, poetry, standup, theatre, cartooning, historical point of view on humour, talks, deliberations and much more. It is an attempt to bridge the gap between all generations through a single string – humour.”

The main ideology behind the fest is to bring all age groups and generations under one roof and have a good laugh, bond over jokes and rejoice the hilarity of life while keeping all the humdrum and monotony of everyday life at bay. It urges all and sundry to break out of the mundane and celebrate life, as Maheep informs, “Along with big names we are inviting local upcoming talent to participate in the events relevant to their art. The first part of the festival includes panel discussions on topics like ‘Humour in Media’ by distinguished panelists from literary and journalistic backgrounds, book launches, deliberations and anecdotes by friends and family – known as the “8 PM Bottoms up club” – from his life. The second part will be a series of performances with humour as the central theme and it would range from traditional Urdu storytelling – Quissagoi by Danish Husain of Hoshruba Repertory to the ‘Kyunki Ladkiya Funny Nahin Hoti’ highlighting women’s issues by Mahila Manch, Gujarat.”

Elaborating more about the women’s participation in this one-of-a-kind festival, the founders highlight the contribution of comedian Preeti Das, who is the co-founder of Mahila Manch for planning the ‘Kyunki Ladkiya Funny Nahin Hoti’ segment. Maheep says, “As stand-up comedy is a male-dominated space and sexism being the core in many stand-up acts, we wanted to create a space like this that talks about gender equality and to take on issues that are often neglected by people. Also, consumers of stand-up comedy are mostly men - be it online or on stage, and women needed to tell their stories as well. Here, they talk about issues like women’s sexuality and sexual pleasure, identity, body shaming (for men and women), questions of caste, rape, the #MeToo movement, women bootleggers, gender representation in the media, taboos around menstruation and birth control, global warming and even Acche Din.”

Despite being ex-comedians and popular in the stand-up comedy circuit, the founders of the festival were overwhelmed by the response from the participating artists and hope to reach out to smaller cities as well. For this edition, Delhites can enjoy acts by popular comedians like Amit Tandon, Neeti Palta, Anubhav Singh Bassi, Rajneesh Kapoor, Gursimran Khamba, Atul Khatri and Zakir Khan – who’d be trying their best to bring back the humour with their witty acts.