There have only been Miss India, Miss Universe and Miss World. But now, it all changes. 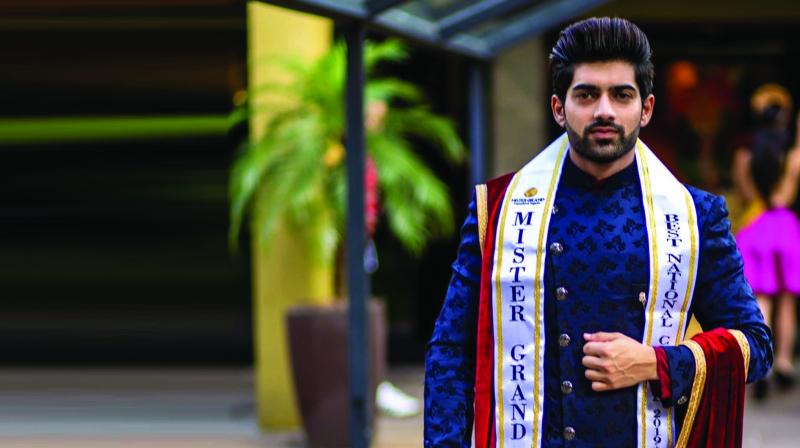 In 2018, Ashwani won the annual Rubaru Mr India competition persisted on March 10, 2018, in Goa. Earlier in 2019, he got chosen to represent India at Mr Grand International contest.

In the glam world, the talk of the town has always been of Ms India and Ms World and there has also been a mention of Mrs India as well. But, rarely has there ever been talk around Mr India or Mr World.

Luckily, that is about to change as most recently, a Delhi born, Ashwani Neeraj  became the first Asian to win Mr Grand International 2019 Pageant for Men. In a quick chat with us, the pageant winner talks about his journey and the obstacles he faced while pursuing modelling as a carreer.

For Ashwani eating healthy and being fit is everything. It was all of sudden when he decided to leave his full-time marketing job in Gucci, he shares, “I got a call from Rubaru Mr India that I have been selected for the competition then I realised that I wasn’t keen about the work I was doing. I was not really interested in. Hence, I thought to take a chance and try for something new.”

While sharing one of his memory Aswani adds, “Most people there were unable to pronounce my name and instead of that people were calling me with my country’s name ‘Mr India’ that was the moment when I felt proud. For me, it was a big achievement (representing your country on an international platform) one can have.

Speaking about the hurdles he faced, Ashwani shares, “Male pageant is something people don’t consider at all. Female ones (pageants) are very popular and mostly everyone knows about them. They (female pageants) are the one which gets more promoted. So that is the main problem I had because I had to convince my parents for it as I had a stable job before entering into this career. Leaving that and getting into this was actually a challenge.”

“Our society is very fame driven and everyone used to come up to me and say that male models don’t have a substantial career it is always fluctuating. Accept me no one was really sure about this,” he points out.

On being asked about the reason why he feels that male pageant (and modelling) is not very common among Indians, he answers, “I personally feel in our country people are really judgmental when someone is trying to do something that he is interested in, we really never ask our children what they want to pursue in their lives.” Further citing the example of his father, he explained, “My father always wanted me to be a government official and I was preparing for that but then, later on, I made my father understand that this is not something I want to pursue.”

On a concluding note, he says, “he (my father) want me to do a very prestigious job but I won’t be happy while doing that. And It is really important for parents to understand that and be really supportive on their child’s choice .”