A tale of survival 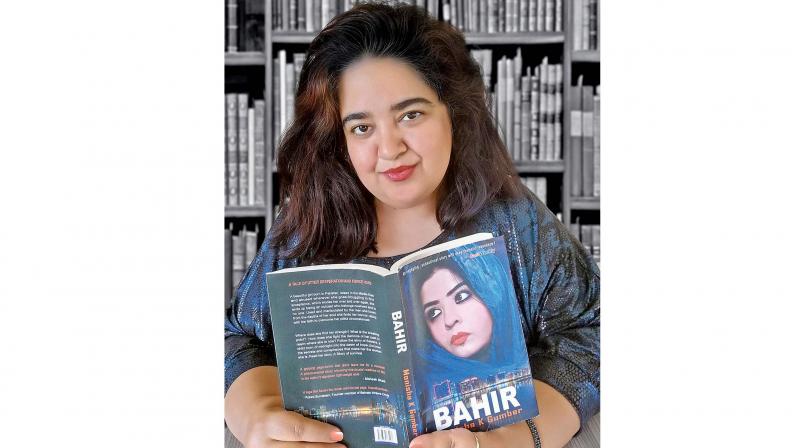 Monisha K Gumber’s book Bahir is the inspiring story of an abused woman in the Middle East, who fights all odds to survive and succeeds.

Bahir by Monisha K Gumber is an engaging, sensational story with a theme that resonates deeply. Born in Pakistan and raised in the Middle East, Sawera faces a life of abuse and humiliation. She struggles to find acceptance and ends up being an outcast, who belongs nowhere and to no one. Her tale is one of battling depression, hope and a fight for honour.

Sawera’s story is not just relevant among the Gulf countries and Pakistan, which have the most rigid, regressive rules for women. The multi-layered character of Sawera is a metaphor for every woman living in this world. Bahir is about the women one meets in salons, multiplexes, malls and immaculate studios; women who work hard, leave their children behind and go through unimaginable hardships, all with the hope of becoming successful individuals who can stand on their own. “Sawera exists in every woman who has left her home country in search of a better life,” says the author.

Bahir explores a world governed by patriarchy. Being a woman, Sawera is used and manipulated by the men she loves — her father, her brothers and later her husband. She is disrespected and ignored and deprived of every opportunity as a woman, but she isn’t ready to accept oppression and male domination as her fate. Bahir is essentially about Sawera’s faith and strong will that help her overcome her circumstances and stand up for herself.

The author of two inspiring books primarily aimed at teenage girls, Bahir is Monisha’s third woman-centric story. This time, however, for older readers.

Searching for a subject that was universal, relatable and woman-centric, the author was inspired to write Bahir, which means ‘outside’. “It’s a modest attempt to bring out the struggles that immigrant women go through to fund a secure future for their families back home,” explains the author. The book reassures its readers that there is always a sawera (morning), no matter how long the night may seem. However, according to Monisha, she had never intended to write a motivational book, “Perhaps, the kind of person I am reflects in my writing,” she smiles.

When asked if the character of Sawera is based on a real person, the author states that Sawera is a very relatable character and is inspired by women who work as housemaids, small-time sales girls or beauticians in run-down salons, particularly abroad. “I have met quite a few of them actually,” she attests.

While the story of a woman surviving a life of restriction and hardship in the Middle East is not new, Monisha still chose to write on the subject. “I didn’t want to be misunderstood, but the only reason I could talk confidently about Bahrain and Saudi is that I have lived in the Gulf for a very long time,” she says, further elaborating that these countries though conservative can be very modern and cosmopolitan too. Bahrain is the hub of art and culture, and has a very open-minded and friendly population, “so I wasn’t worried about the ‘Middle East’ aspect.”

Written in the author’s signature style, Bahir is a gripping page-turner that won’t let you leave for even a moment. Given her own preferences as a reader, Monisha was keen on keeping the narrative crisp, fast-paced and entertaining even though the subject was bold and serious. Moreover, she didn’t want to sound fake. “I don’t intend to make sensational statements, but there are always social issues that get addressed in a raw, realistic manner,” she claims.