The python was being taken away in a pick up truck when it regurgitated the reptile due to vibrations. 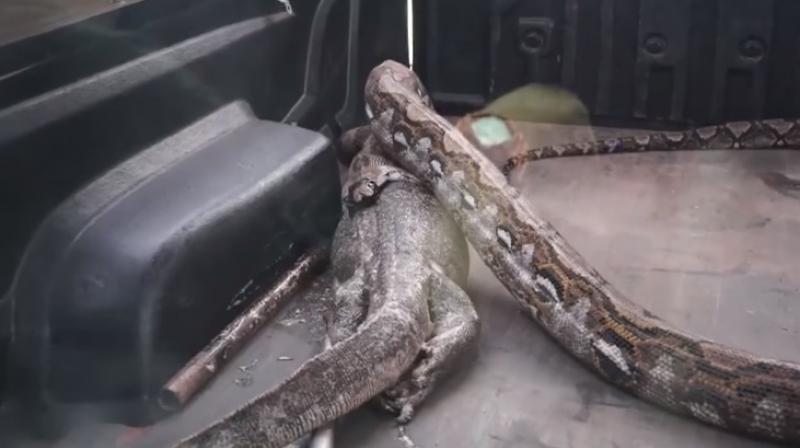 The python was released in the forest but the lizard didn't make it (Photo: YouTube)

Pythons are terrifying creatures that are known to ingest almost anything from animals to human beings. In the past few months, shocking videos of pythons regurgitating animals and a footage of a man’s dead body found inside a serpent’s body have made the rounds.

Now a disturbing footage of a 17-ft-long python regurgitating a massive 15 kg monitor lizard has emerged in Thailand. The python was found in the back garden of a woman’s house and was being taken away in a pick up truck when it got disturbed by vibrations and spit out the five-feet-long reptile.

The snake was taken back to the forest but the monitor lizard didn’t survive.