The bones of the extinct, flightless bird were auctioned in Billingshurst, West Sussex, to a private collector. 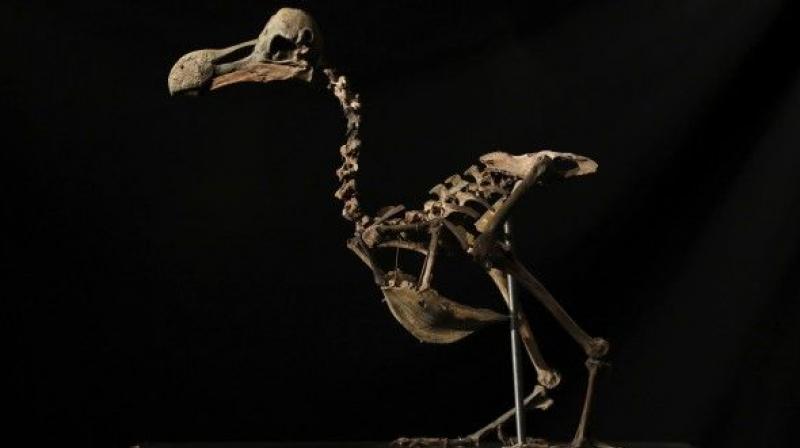 The total paid money for the skeleton would be 346,300 pounds which includes the fee of the auction house (Photo: AFP)

London: A rare near-complete skeleton of a dodo has been sold at an auction in the UK for a whopping 280,000 pounds.

The bones of the extinct, flightless bird were auctioned in Billingshurst, West Sussex, to a private collector.
A dodo enthusiast compiled the remains over four decades until he had enough bones to create a 95 per cent complete skeleton, Summers Place Auctions said.

The total paid money for the skeleton would be 346,300 pounds which includes the fee of the auction house.

There were only 12 similarly complete skeletons in existence and all were held by museums, 'BBC News' reported.

The dodo was a flightless bird once found in Mauritius. It is thought that humans drove the bird to extinction in the 17th Century so rapidly that few traces remain.

It was first seen by Portuguese sailors in the first decade of the 16th Century but was soon wiped out by humans and the animals they introduced.

Bigger than a turkey, dodo was thought to weigh about 23 kilogrammes, with blue-grey plumage, a big head, a blackish bill with reddish sheath forming the hooked tip, small useless wings, stout yellow legs and a tuft of curly feathers high on its rear end.