Inked for a fresh start

A tattoo doesn’t just sit prettily on a person’s skin — in most cases it camouflages important stories from an individual’s past. 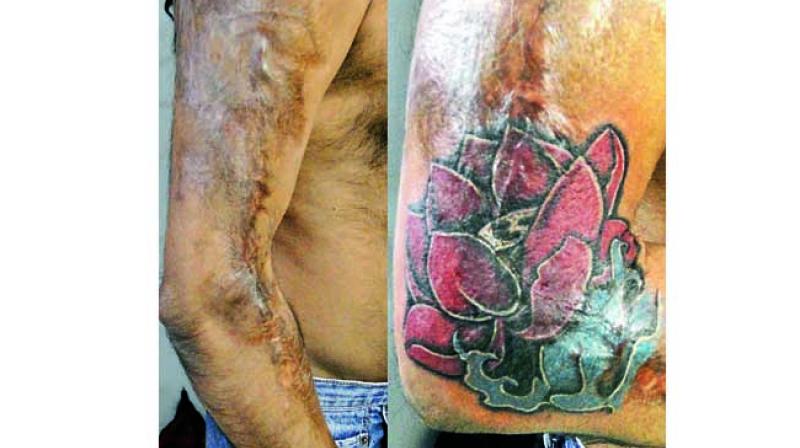 However, getting a tattoo is quite painful and the process results in temporary bleeding.

The lifelong commitment made with drops of ink holds a significance that nothing can match. While some individuals resort to tattoos to always hold close a beautiful memory of their life, some get inked to cover up a disturbed past and to start afresh. Tattoo artists reveal that the number of clients who come to get their self-harm scars covered up is quite high. At the same time, the amount of gratitude that they receive after doing a wonderful job, they say, is overwhelming.

“When we’re doing a large tattoo, we spend a lot of time with the client, almost eight to 10 hours at a stretch, so they end up telling us their stories,” says Subhojit Chakraborty, who has been practising the art of tattooing in Mumbai for many years and now has recently opened shop in Hyderabad. He recounts the story narrated to him by a client. “I had one client who used to cut himself. He told me about how he used to get bullied at school, and then failed in love. He wasn’t being accepted by people or by himself. All this led him into depression and he tried to cope with it by cutting himself.” After a couple of years, even though the client’s life turned around for the better, he didn’t want the physical scars of the past to haunt him forever. Subhojit adds, “So he came to me and got a lion with a rose in his mouth... signifying that he is a king who lives life on his own terms; and also a romantic. He is confident about his life now.” 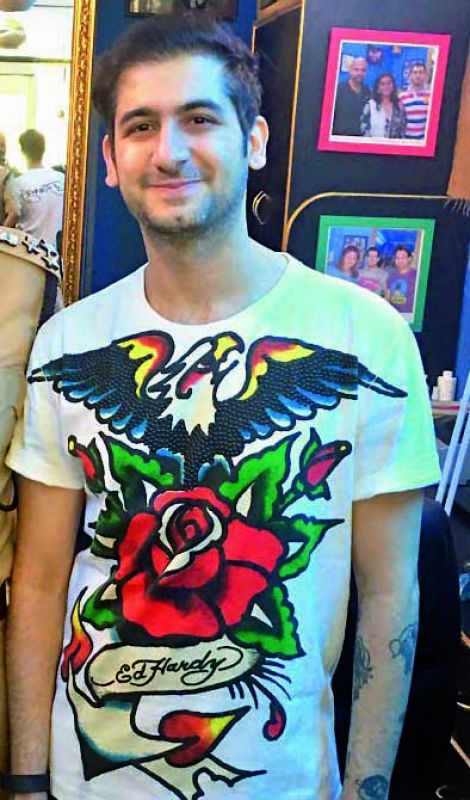 Vikram, who owns a tattoo studio, specialises in cover-ups. “Fifty to sixty per cent of my work is cover-ups... be it bad tattoos, self-harm scars, burn marks or skin discolouration due to leucoderma. Tattoos are always a good way to cover up scars because they’re less expensive than laser and other such cosmetic treatments, and you’ll have a story to tell. One lady who came to me was telling me how her young kid asked her what had happened to her arm and she didn’t know how to respond. Now that it is covered, she doesn’t have to answer anybody,” explains Vikram, adding that sometimes, even though an individual might be comfortable with a bodily scar, his or her family is not — which is why they choose to get inked.

Amin of Angel Tattoos, who has tattooed the likes of Akun Sabarwal, Smita Sabarwal and Jwala Gutta, mentions that he gets around 10 clients per month who want to cover up their self-harm scars. “The case is usually that they’ve failed in love. ‘Love hurts,’ they say, which is why they cut themselves. I’ve noticed that most of the times, people who are about to get engaged get the scars covered up because then they don’t need to answer any questions or revisit their past.”

However, getting a tattoo is quite painful and the process results in temporary bleeding. “So it is not always advisable to tattoo over scars as they could be more prone to infections; hence we go for bio-mechanical or organic tattoos, whose designs can camouflage the scars. Tattoos of feathers, fish, or floral designs are suggested for scar cover-ups since they have more details which can hide the injuries,” he explains and adds, “People either get something completely unrelated to their past or get something like a phoenix or a rose, which signify resilience or a new start.”