Durga puja for all

From encouraging everyone to join in the festivities, to accommodating others’ dietary preferences, Durga Puja has something for everyone. 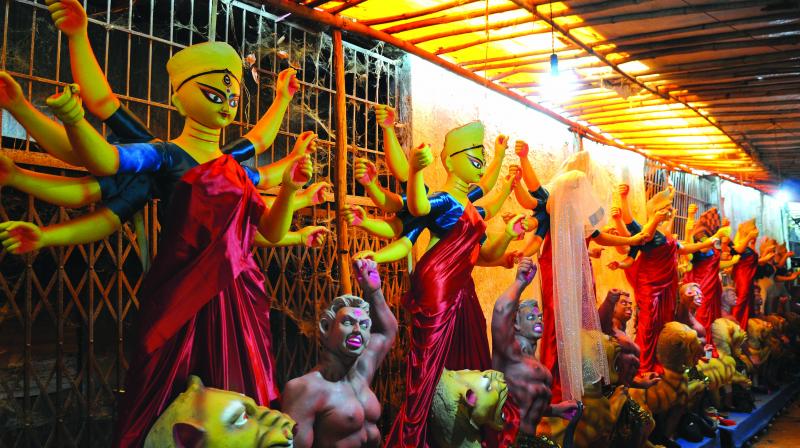 It’s that time of the year when people are all pumped up to celebrate the many upcoming festivals. Apart from the nine-day-long Navaratri, there is Durga Puja. Though in both cases Goddess Durga or Amba is worshipped through various rituals, the latter has a strong regional connect.

However, over the years, traditions have evolved and Durja Puja has become more of a national (and even international) affair. People from different castes, creeds and regions now come together to join in the festivities.

Mahadeb Das, patron-in-chief, Paschim Vihar Bengali Association Durga Puja Committee, shares, “I have been organising the festival in this part of Delhi for the past 37 years. We have seen people from different religions come and join us. It doesn’t matter to us which religion he or she is from as Jaganmata (Devi Durga – goddess for all) cannot be divided.” He shares that during each of the seven days of festivities, 3,000 to 4000 people attend the puja, receive bhog or prasad, and there is no barrier there either. 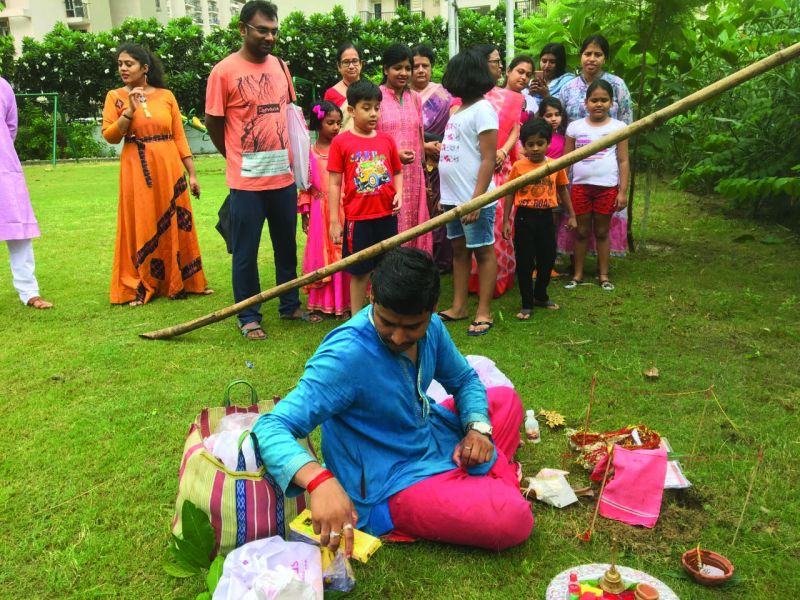 Speaking of the preparations for this year, he says, “The Puja mandap has the theme of Mahatma Gandhi’s 150th birth anniversary and the locals are very excited to witness what comes out of the creative arrangement.”

Das adds that the cultural programmes on showcase are not restricted to Bengalis, with other participating with equal enthusiasm. Keeping Navaratri in mind, the food is completely vegetarian, much to the appreciation of Delhiites.

Another voice, Shekhar Ghosh, executive member, Gaur City Bengali Cultural Association, happily chirps, “This year we are making terracotta idols, keeping in mind the pollution. We have accepted the city and the city has accepted us with open arms. We invite all people from our society and neighbouring ones. Not only do they support us, they become an integral part of the Puja ceremonies. Their enthusiasm gives the festival a boost and us a feeling of equality and a sense of belonging.” 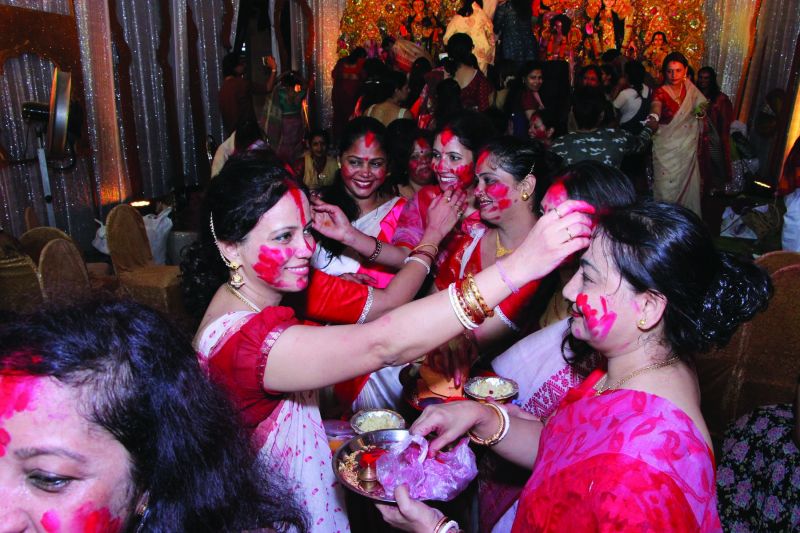 North Bombay Sarbojanin Durga Puja, one of the oldest and biggest Durga Puja celebrations, is now in its 72nd year. The pandal caters to 5,000 devotees each day, with special bhog being made and served to everyone by the Mukherjee family and the committee members personally. There are performances by well-known names from B’town, and Mumbaikars flock in to be a part of the cultural celebration. Stalls from all over the country exhibit traditional sarees, designer wear and authentic delicacies are a common sight. More than 60 to 70 per cent of the attendees are non-Bengalis.

Saksham, who recently shifted to Delhi from Uttarakhand, is riveted by all these festivals. He says that Ganesh Chaturthi was initially celebrated on a large scale in Maharasthra only. But now, it has become a festival of people. “We Indians celebrate Christmas, Id, Navaratri and Pongal together. And these become mediums to unify the otherwise diverse country.”

Another noteworthy pandal of Mumbai, Malad West Sarbojanin Durgotsav has invited children from the Athurta Foundation this year, for its inauguration. This way, local kids will be performing in the cultural programme. The organisation will also be handing over a cheque amounting to a certain percentage of the contribution they receive from donations.

However, Akshita, a Bengaluru resident, believes, “Why bring religion, caste and creed amid joy and celebration? Look, from what I know, Durga Puja commemorates the
triumph of good over evil and so does Dussehra. So why compare which is national and which is regional? Instead, we have a choice of enjoying both. ”

Noble causes and warm hearts are getting clubbed in our country. And we as Indians seem to love it, don’t we?