Tintin was probably asexual, and a girl, claims French philosopher 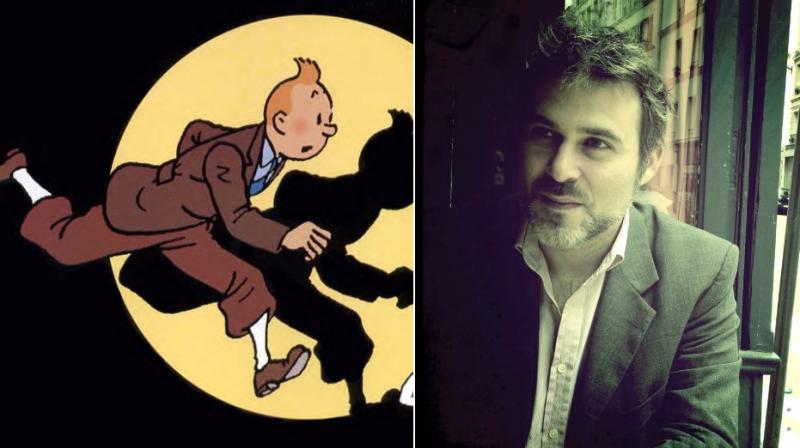 There is a mystery about Tintin’s gender and sexuality and a lot of enthusiasm about the character himself, says Cespedes

Tintin is a girl, and most probably asexual.

That is the conclusion French philosopher Vincent Cespedes drew after recently rifling through the adventures of the courageous Belgian reporter – “an androgynous redhead with blue eyes”.

In a lengthy Facebook post, Cespedes explains why he theorised on the gender of Belgian cartoonist Georges Remi’s creation.

Speaking to this correspondent, Cespedes -- also a painter, pianist and composer -- said, “There is a mystery about Tintin’s gender and sexuality and a lot of enthusiasm about the character himself.”

“Over the years, the character created by Remi (who sketched the 24 comic albums under pen name Herge) has become something like an enigma. Interestingly, Tintin enthusiasts question why there are not a lot of women around him or why his physical attributes are not exactly of a girl’s but that of a teenager’s.”

The 44-year-old feels there are quite a few clues in Tintin's physical appearance and mannerisms, all pointing towards Tintin being a woman.

“It was like a private joke for Herge and his friends,” he says.

“You don’t have proof that he is not a girl. It is a comic character and you can never really prove he is a boy either. You never see his penis; you never see any hair on his face or chest.”

Vincent goes on to add that Tintin being a girl can explain a lot of strange things. “He could have been disguised as a boy to allow him/her to travel without fear of the misogyny of other cultures, modesty, manners, or the stupidity of prejudices".

“That is the most interesting part of the theory,” Vincent says excitedly, adding, “Tintin’s relationship with and unfailing support of Captain Haddock was an unfamiliar equation between men during those times – the early 20th Century.”
Cespedes cites two incidents that he believes accidentally manifest Tintin’s gender inclinations.

One, when a villain smashes his fist on the wall in The Temple of the Sun, Tintin said "sorry".

Second, his “stereotypically feminine” attitude towards a drunk Captain in The Crab With The Golden Claws.

When asked how Tintin escaped such sexual scrutiny for nearly a century, Cespedes said: “Most fans were men who believed blindly in Herge. They believed Herge would not play with their sentiments, but perhaps it was a false belief.”

Cespedes, on his social media page, claimed that in 1991,actress Judith Godrèche, had taken on the role to play Tintin.

Furthermore, “In 1941, Herge made a theatre piece called Tintin in India. And what kind of an actor did he choose to play Tintin? He chose a girl to play Tintin and her name was Jeanne Rubens.”

According to Vincent this was the first time that Herge chose someone from real life to emulate his character onstage and it was a girl.

“There were a lot of contemporary boys and actors, even androgynous people who could have played the character, but then why a boy, because it Herge it is a joke, and nobody saw that.”

The 44-year-old says while he is not yet ready to call his Facebook post a theory, he is just happy he started the ball rolling.

“While it started out as a humorous post, what surprises me is people want to buy into this new theory. Everyone wants to spread this ‘theory’ which is not yet a theory in reality.”

“Also, Tintin does not exist in real life,” says Cespedes. “He is a fictional character, and everyone has the liberty to think that Tintin could be a girl hidden in that blue sweatshirt, sporting a tuft above that cropped hair. It is art and art is open to interpretation,” Vincent concludes.

Cespedes believes Herge played a joke on his readers by carefully portraying Tintin as a boy, yet ‘carelessly’ leaving enough clues to accentuate the character’s feminity.