Creates stir with claim regarding Tintin’s gender says there are instances in books where Tintin dresses in skirts or other feminine items. 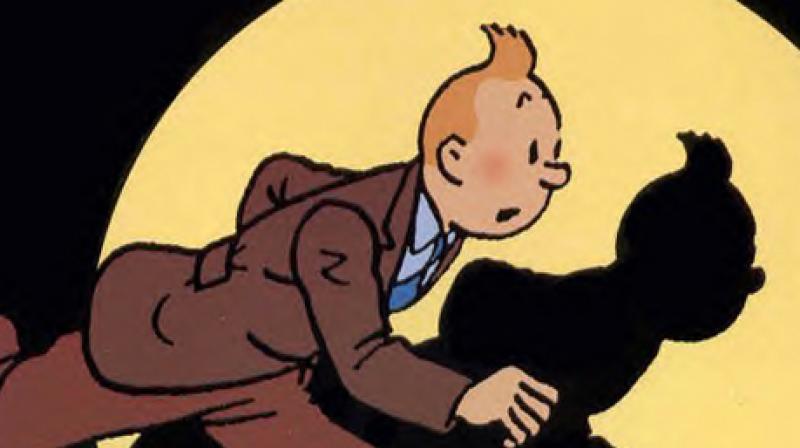 Tintin was created in 1929 by the Belgian comic-book author Georges Remi, who wrote under the pen name Herge

A French philosopher has claimed that Tintin, the much loved cartoon character, is not a boy, but is in fact ‘female and probably asexual as well.

Tintin was created in 1929 by the Belgian comic-book author Georges Remi, who under the pen name Herge, wrote 'The Adventures of Tintin', a series of 24 books featuring the hero and his dog Snowy.

Vincent Cespedes says that he came to the conclusion that the sexual identity of the boy reporter and detective was more ambiguous after reading the books with his children.

The 44-year-old philosopher has created quite a stir with his claim regarding Tintin’s gender and as evidence for his theory says there are several instances in the books where Tintin dresses in skirts or other feminine items when the need arose.

According to a Facebook post on his social media page, posted on September 19, Cespedes claims, “For His Creator, tintin was always a young girl. A redheaded redhead with blue eyes, and probably asexuelle. Well, all right, this doesn't really show up in the albums: her eyes don't have colors or eyelashes, she doesn't have breasts and wears male outfits.”

What he calls the 'farce' of Tintin's gender has been 'so enormous that the most fond of the tintinophile, from the philosopher Jean-Luc Marion to the filmmaker Steven Spielberg, have not even detected it'.

Spielberg brought Herge's cartoon creation to live in his 2011 film 'The Adventures of Tintin' with 'Billy Elliot' star Jamie Bell in the title role.

Social media users, however have not taken too kindly to the statement with some mocking it while others pointing out that such qualities as tenderness are not restricted to women alone.