Police in UK in frenzied search of terrorising cows 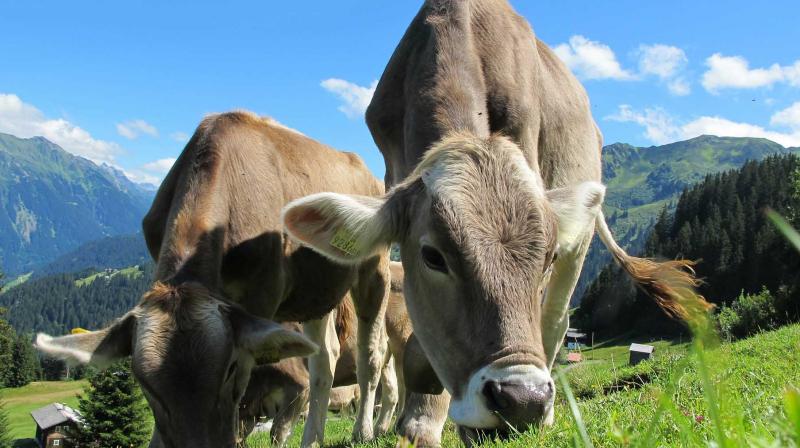 Staggering 698 kg heifer has been reportedly on loose since June when it fled its farm feeding pen. (Representational Image)

In a bizarre incident, the usually docile cow has taken on a rowdy avatar. A horned cow has rammed two cars in Towie’s Essex heartland of Billericay, sending locals and cops into a flurry of activity.

Police officers with machine guns were reported hunting the escaped beast, originally thought to be the more infamous bull.

The staggering 698 kg heifer has been reportedly on loose since June when it fled its farm feeding pen.

While safety warnings were not issued, Tuesday saw the cow smashing into a motor.

Police rushed to the scene of the collision but were unable to find the cow.

The cow managed to collide with a second car later that day and locals report that the rowdy beast was still on the loose.

According to the story, as published in The Sun, James Bathgate, a 24-year-old local youth he saw police offices with kevlar vests and machine guns trying to hunt the vigilante cow.

The cow was one of two which fled their farm.

Cops shot the other dead after it became aggressive.

Owner of the escaped cows warned residents not to approach them and added that they are different to ‘a docile cow.

One of the two cows is still on the lose.