A specialised structure called placenta develops inside the uterus once a woman conceives. 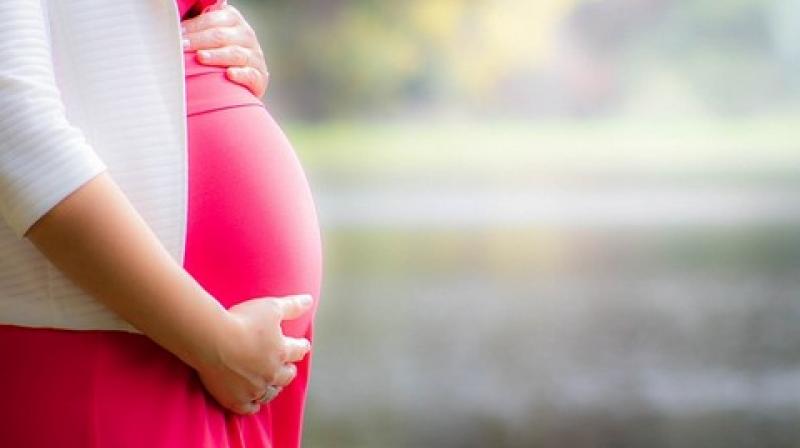 The first sign of pregnancy is the missing of one’s period. 40 days or more should signal conception. (Photo: ANI)

The first sign of pregnancy would be the missing of one’s period. 40 days or more should, in a large number of cases, signal conception. 25 – 30 hours after fertilisation, the egg becomes two cells. 50 hours later, it multiplies into four cells, then eight and so on.

A specialised structure called placenta develops inside the uterus once a woman conceives. This placenta is attached to the endometrium. Once settled on the endometrium, the multiplying of the cells continues and, by about the 14th day, it may measure one to two millimetres in diameter.

The nourishment of the developing embryo happens from the endometrium via the placenta. The placenta draws the necessary blood, oxygen and nourishment from the endometrium and supplies them to the embryo through the umbilical cord. It would be wise to confirm the pregnancy at the earliest in order to avoid the intake of harmful drugs or medications and other physical agents, especially during the first three months.

Up to about three months from the time of conception, the developing mass of cells is called embryo. Vital organs like the heart and the brain are formed during this period. Exposure to x-rays, physical and chemical injuries to the mother, and  viral infections like rubella can hamper the healthy growth of the embryo. It may sometimes even result in malformation. This period may be characterised by nausea or morning sickness. The breasts will begin to enlarge and feel heavy.

After these three months, the developing embryo is now called a foetus. The internal organs are now fully developed. The foetus is well encased in a protective membrane called amnion. By now, the abdomen starts enlarging and pregnancy becomes visible as the months progress. The discomfort level also increases. And the mother can start feeling the movements of the baby inside her stomach. Pregnancy is the most crucial time to take care of one’s health. Lots of fresh air, regular walks, good nutrition and a cheerful positive disposition go a long way in ensuring a safe pregnancy. Checkups at regular intervals with a competent gynaecologist is absolutely essential.

The writer is a sexologist. Mail him at dr.narayana @deccanmail.com