Woman adopts stray dog that saved her from assault

A stray dog saves a woman from assault on her vacation to Greece. 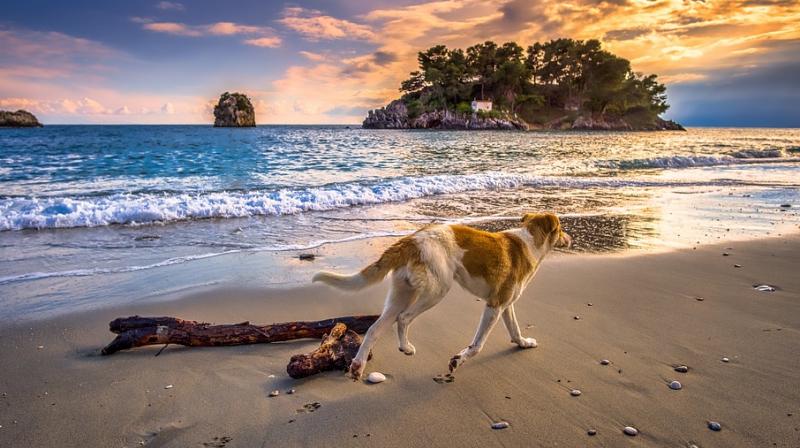 After being vaccinated for rabies, getting a microchip installed for identification and extensive examinations from the vet, she was home with the Bradleys in England. (Photo: Representational/Pixabay)

A British woman was on vacation with her boyfriend to Crete, Greece. What was supposed to be a relaxing vacation at the beach almost turned out to be disastrous.

Georgia Bradley and her boyfriend noticed a stray dog at the Georgioupouli beach everyday during their daily visits there.  “Pretty much every evening we saw her around outside the bars and restaurants, trying to get the attention of the tourists,” she said. Bradley and her boyfriend wanted to pet the dog, but “every time we got close to her she wouldn’t let you stroke her. She was very gentle, but was too scared to let you close.”

On one night, Bradley was taking a walk by herself at the beach and her boyfriend was at the café behind the beach. The stray dog was walking beside her on the beach. While she was enjoying the sounds of the waves, two men walked up to Bradley and asked her to join them for a drink. When she politely refused, the men started insisting and wouldn’t take no for an answer.

When the men started grabbing her, the stray came to her rescue. “I was on my own and it was a very scary and difficult situation,” she recounted. Somehow, the dog realised that she was in trouble. “She shot out of nowhere, jumped up at me and began barking and licking my hand, and that made the men think twice. She saved me.”

After the dog saved her from a terrible fate, she couldn’t leave the dog alone. “We had an instant bond,” she told The Epoch Times. The next few days, she and her boyfriend tried to locate the owner of the dog. When they failed, they tried to find a local vet or a shelter, but were not successful. This whole time, the dog kept following them around but was still shy when approached.

As their trip came to an end, they were at their wit’s end. “When we left to go to the airport, we looked back and Pepper was running after the car. It was heartbreaking.” When they got back home to the UK, she couldn’t put that horrible night and Pepper’s heroic act out of her mind.

“I took the soonest flight back out that I could, which was two weeks later,” Bradley said. Incredibly enough, Pepper was exactly at the place they expected her to be. “When we saw Pepper on the beach, it was the best feeling ever,” she reminisced. She then started the extremely lengthy and costly procedure to get Pepper to her home in Plymouth.

After being vaccinated for rabies, getting a microchip installed for identification and extensive examinations from the vet, she was home with the Bradleys in England. When she was home, she had a big surprise for her new family, a litter of six puppies. As Bradley told the Telegraph: “It has been such a crazy journey. But I am over the moon. Pepper has settled in brilliantly.”