Comic relief: How Mumbai got hooked to comic books from WW2

Perhaps, comic books were their greatest giveaway. A treasure that they left behind cherished by children and adults alike, even today. 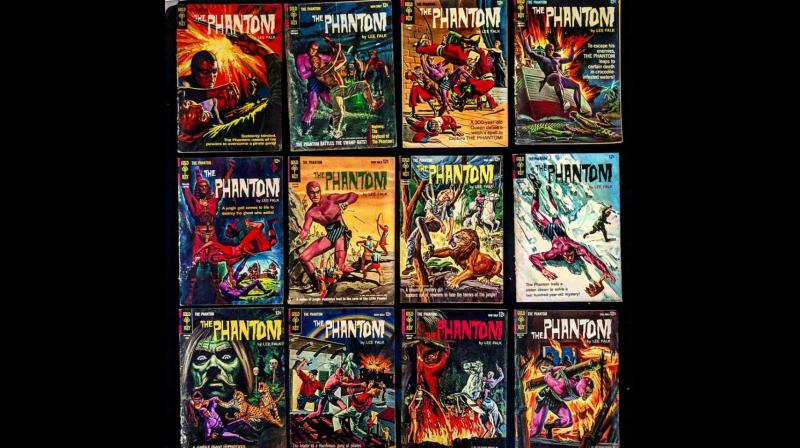 'American troops were stationed in Mumbai during World War 2. They were either coming from war or going to war. While leaving India, they would give away everything that they didn’t need… except guns,' city historian Deepak Rao says. (Photo: Instagram I @bombayologist, T.R. Srinivasan & Sanjiva Rao, IPS Memorial Collection, Mumbai.)

Mumbai: Comics have been a source of entertainment since time immemorial. Today, even though a lot of online comics and web pages have become popular among the young generation, it is hard to deny the magic of a hard copy.

Speaking about the origin of comics in Mumbai, he takes a quick flashback to 1940s.

“American troops were stationed in Mumbai during World War 2. They were either coming from war or going to war. While leaving India, they would give away everything that they didn’t need… except guns,” he jokes.

Perhaps, comic books were their greatest giveaway. A left-behind treasure, cherished by children and adults alike, even today.

That is how comics came to Mumbai, he recalls.

These comics would be sold near Flora Fountain in South Bombay by vendors. Some would open book stalls.

Post-independence, they were mostly sold by Sindhi migrants. Rao attributes that to their ‘business acumen’. “They can sell everything, from a pin to an elephant,” he smiles.

Rao, who more often than not travels in a mobile library says: “The need to buy comics was rarely felt as circulating libraries could issue these comics. 2 annas was the deposit for a library, 10 paise and you could take a comic home for a day,” Rao adds. 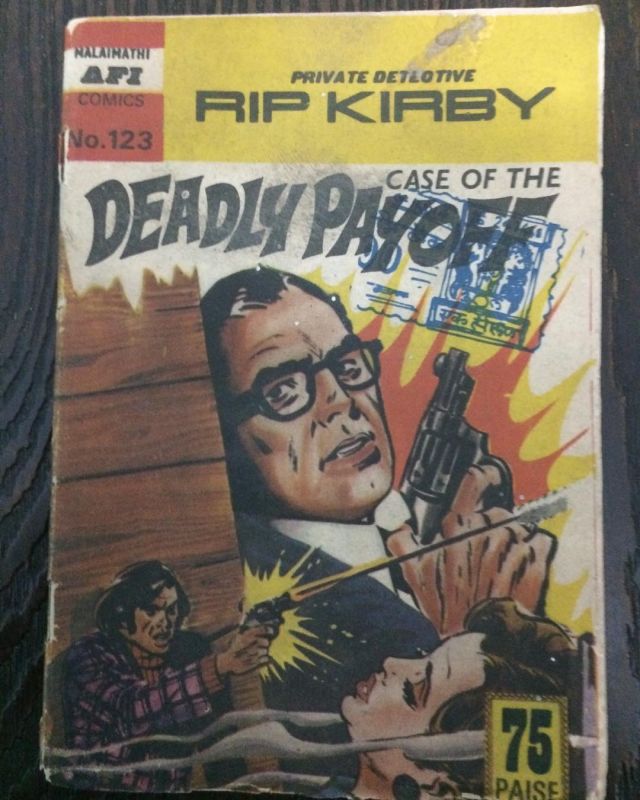 An imprint of a 'rubber stamp' can be seen on the cover of this comic. Stamps made it easy to return the books to respective vendors. (Photo: Instagram I @deepakrao49 )

Based on one’s pocket money, one could read hundreds of such comics. To further save money, comic reading sessions used to take place among children where they would exchange comics.

The stalls from which the comics were borrowed or bought used to be recognised from their stamps, most of which have vanished now.

On 1 Marine Street, facing Metro cinema, in the vicinity of the mosque, there were not less than 12 circulating libraries.

“Star and Rita were the most famous circulating libraries. Today, all of them have been shut,” he says.

The 1950s was a crucial period for the development of the culture of comics in Mumbai.

It was an addiction no comic-buff could get away from. School going children were barred from taking them to classes.

“But we would wilfully take the risk and slide in the smaller ones in our textbooks,” he says.

Around 1963, the Times of India used to publish Indrajaal comics. They were easy to read.

Come 70s, the generation changed and so did the comics. 70s mostly saw the advent of Dell and Marvel comics. ‘Superhero’ was the new craze.

Around this time, newspapers had started putting in comic strips which would keep the reader engaged. 'Super Western Funnies', 'Mutt & Jeff' used to appear in weeklies or dailies.

School going girls would mostly prefer the romance genre. “Only healthy comics with a code of approval were given out to issue… A criminal in these comics would never be glorified,” Rao says.

Rao, who has a treasure trove of comics, reminisces about the ‘good old days’.

“You can’t even imagine the value of the collection of my Phantom comics,” he says.

So does he plan to do something with them?

“I want to colour-scan these comics and make them available to all comic buffs for a minimal cost. I don’t expect a profit but that won’t do any harm,” he chuckles.