The crux of the issue is such mob behaviour seems to have the patronage of those with political power. 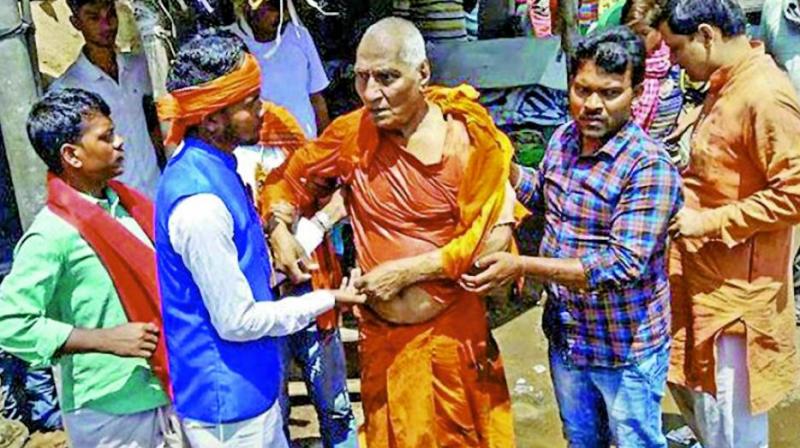 The attack by a mob in Jharkhand on Swami Agnivesh, Arya Samaj scholar, battler against bonded labour and activist for tribal welfare, ironically came on the same day that the top court was calling for the most stringent action against mob justice and lynching.

The attack by a mob in Jharkhand on Swami Agnivesh, Arya Samaj scholar, battler against bonded labour and activist for tribal welfare, ironically came on the same day that the top court was calling for the most stringent action against mob justice and lynching. BJYM, the youth wing of BJP and RSS, may have planned to demonstrate against the Swami for his purported anti-Indian views and activities.

It could have done so by showing dissent in staging a civilised demo against him. Instead, the 78-year-old man was assaulted by around 100 men, shoved down, his clothes ripped and turban removed in yet another instance of rough and ready mob justice. This is a sign of how things are deteriorating thanks to the kind of polarisation being wrought in the country.

The greater danger lies in those who attacked him being backed by the powers that be. In blaming the victim they are sending quite the wrong message to mobs that the law can be taken into their own hands. The politics of violence seems to be taking over and those who raise their voices against such behaviour might be taken to task by the same kind of forces who seem to be encouraged by the fact that little action has been seen to be taken in several such instances of mob attacks over the last three years. The crux of the issue is such mob behaviour seems to have the patronage of those with political power.

Shekhar Gupta @ShekharGupta
In 40+ yrs of knowing him since he was Haryana Edu Min & Sushma Swaraj his deputy, I have never seen the elegant arya samaji without his turban. This is heart-breaking. To do this to a man because you disagree with him. Never mind that he's also saffron-clad

Rahul Gandhi @RahulGandhi
Pop Quiz I bow to the most powerful in the line. A person's strength & power are all that are important to me. I use hatred & fear to maintain the hierarchy of power. I seek out the weakest & crush them. I rank all living beings based on their usefulness to me. Who am I?

Tejashwi Yadav @yadavtejashwi
Strongly condemn the murderous attack on Swami Agnivesh in BJP ruling state Jharkhand by BJP goons. These state sponsored BJP gundas don't have any fear of law. Culprits must be punished. BJP should apologise for this shameful & gruesome act

Aadesh Rawal@AadeshRawal
Swami Agnivesh attacked by mob in Jharkhand. Blames BJP youth wing for the attack. BJYM alleges that he was inciting tribals

Swara Bhasker@ReallySwara
This is what hate looks like. The wise and always open to dialogue HINDU humanist #SwamiAgnivesh attacked by so called defenders of Hinduism. He is 80 years old. This is HEARTBREAKING. Along with ALL the lynching deaths this too is on u

Jayant Sinha@jayantsinha
I condemn the dastardly attack on Shri @swamiagnivesh ji in Pakur, Jharkhand. The rule of law is supreme in our constitutional democracy. Any unlawful acts, particularly those that violate the rights of any citizen, should be punished with the full force of law.

Pawan Khera @Pawankhera
Is lynching an 80 year old activist new normal in New India? Whichever side of the political spectrum we are on, we better be worried. Very very worried. #SwamiAgnivesh

Ramachandra Guha@Ram_Guha
Swami Agnivesh is known for his work to emancipate bonded labour, and for the promotion of inter-faith harmony. He also has a sense of fun, with a joyous laugh. A Hindu monk of courage, compassion, and humour; so naturally he must be beaten up in Modi's India

Prashant Bhushan@pbhushan1
Swami Agnivesh brutally assaulted by BJP Yuva morcha goons in BJP ruled Jharkhand on the day the SC delivered a tough judgement against mob vigilantism. This is the contempt that the BJP has for the rule of law & the SC!

Kailash Satyarthi @k_satyarthi
I condemn the attack on Swami Agnivesh in Jharkhand. I appeal to CM Sh. @dasraghubar to take swift action in this regard. Disagreement or dissent should not translate into an act of violence

Sudha Bharadwaj @Sudhabharadwaj
Swami Agnivesh being attacked by BJP Yuva Morcha even as SC gives a judgment against mobocracy....

ANI@ANI
They weren't workers of our party. We condemn this but his track record is such that this reaction doesn't come as surprise. Pakur has recently been in news for religious conversion: P Shahdeo, Jharkhand BJP spox on Swami Agnivesh thrashed, allegedly by BJP Yuva Morcha workers

Booby prize
A 32-year-old man gets his penis removed since he felt it ruined the look of the tattoos on his body. Adam Curlykale, a cancer survivor spent 12 years covering 90 percent of his body including eyeballs with tattoos. 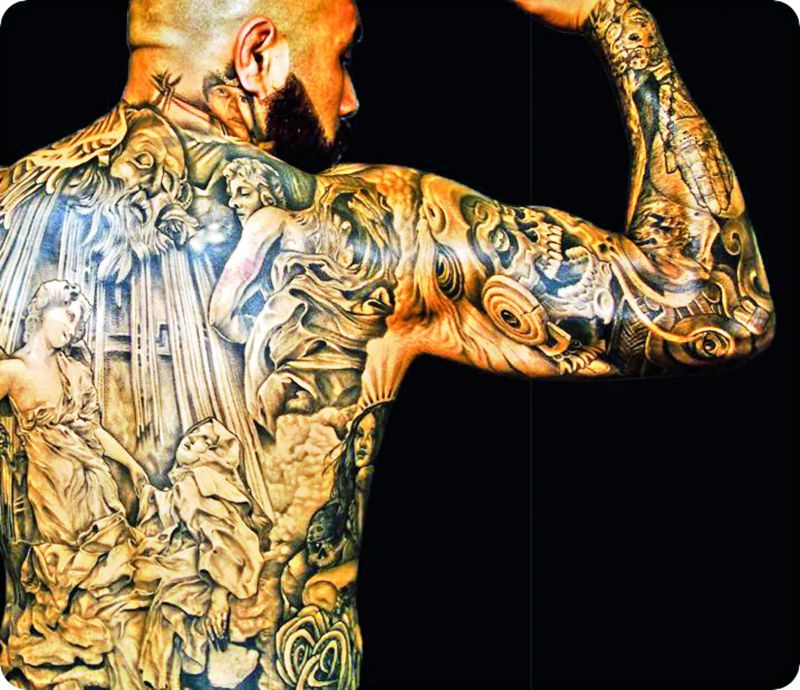 But being unable to ink some body parts made him think that it spoiled the look of his body art and so he paid to have his penis, testicles and nipples removed. He travelled to Mexico for the procedure to remove his private parts.