The brevity of that 1997 call haunts Prince William and Prince Harry to this day. 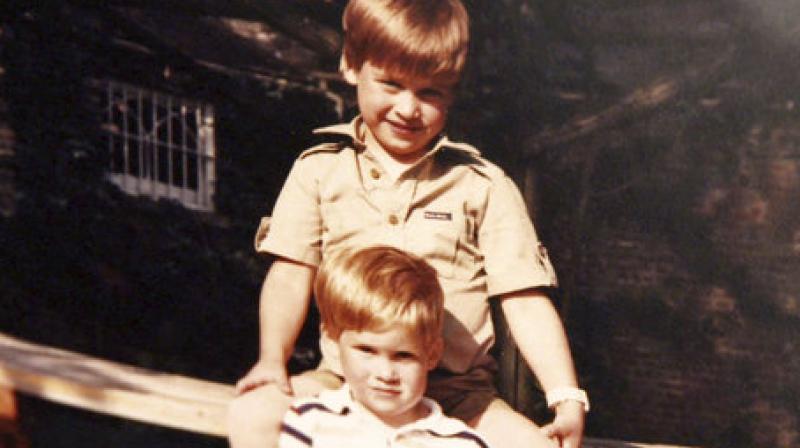 In this photo made available by Kensington Palace from the personal photo album of the late Diana, Princess of Wales, Prince William and Prince Harry sit on a picnic bench together and features in the new ITV documentary 'Diana, Our Mother: Her Life and Legacy.'

London: It was a typical phone call between two boys and their mother, who was on vacation in France. It was brief - the boys wanted to get back to playing with their cousins, not spend time on the phone chatting. The brevity of that 1997 call haunts Prince William and Prince Harry to this day - for their mother, Princess Diana, would die in a car crash that night.

"Harry and I were in a desperate rush to say goodbye, you know 'see you later'... If I'd known now obviously what was going to happen I wouldn't have been so blase about it and everything else," William says in a new documentary. "But that phone call sticks in my mind, quite heavily." Harry tells the filmmakers the final chat is something he will regret until the end of his days.

"Looking back on it now, it's incredibly hard. I'll have to sort of deal with that for the rest of my life," Harry said. "Not knowing that was the last time I was going to speak to my mum. How differently that conversation would have panned out if I'd had even the slightest inkling her life was going to be taken that night."

The ITV documentary "Diana, Our Mother: Her Life and Legacy" is airing Monday on British TV. Excerpts from the film, and new family photographs, were released Sunday.
The show is one of a series of tributes to Diana expected as the 20th anniversary of her death on August 31, 1997, approaches. It is only in the last year that William and Harry have spoken openly in public about their feelings about the sudden loss of their mother. William - second-in-line for the British throne after his father Prince Charles - was only 15 at the time. Harry was only 12.

The documentary chronicles Diana's charitable works, including her historic outreach to AIDS victims and her campaign to ban land mines. William and Harry also stress their mother's fun-loving side, which they say the public generally didn't see. "Our mother was a total kid through and through. When everybody says to me 'so she was fun, give us an example,' all I can hear is her laugh in my head," says Harry.

William tells a story that reveals the privileged life they led as children. One day, Diana surprised him by having three of the world's top models waiting for him when he got home from school. "She organized when I came home from school to have Cindy Crawford, Christy Turlington and Naomi Campbell waiting at the top of the stairs. I was probably a 12- or 13-year-old boy who had posters of them on his wall," William said. "I went bright red and didn't know quite what to say. And sort of fumbled and I think pretty much fell down the stairs on the way up."

William says he frequently tells his children - Prince George, 4, and Princess Charlotte, 2 - about Diana so she can be a presence in her grandchildren's lives. "She'd be a lovely grandmother. She'd absolutely love it, she'd love the children to bits," he said.