It is in Jerusalem that Prince Philip’s mother, the former Princess Alice of Greece, lies in state. 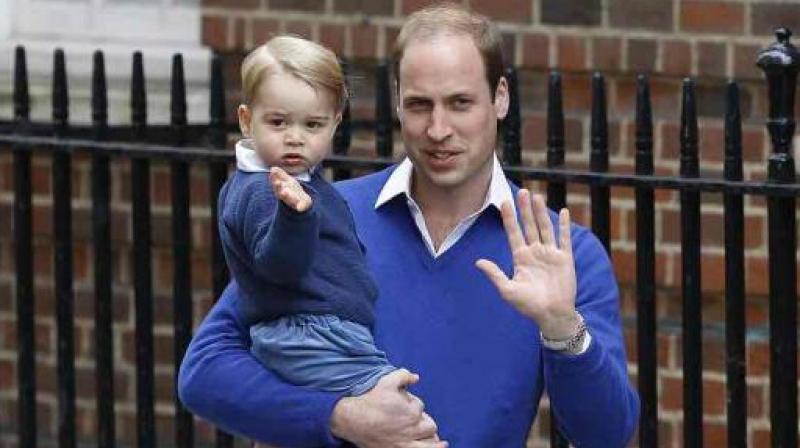 Alice’s remains were taken from Windsor to the Russian convent of St Mary Magdalene, above the Garden of Gethsemane on the Mount of Olives. (Photo: AP)

For years, the UK Foreign Office has advised Buckingham Palace to steer clear of conflicts of Israel. They believe anything the royals do could be used by either Israeli or Arab propagandists.

However, Prince William is off to Israel this weekend, and the reason for it may not be political.

The Duke of Cambridge could be making the very personal visit to perhaps please a very old man.

It is in Jerusalem that Prince Philip’s mother, the former Princess Alice of Greece, lies in state.

While to some it may seem like a strange resting place for a princess born at Windsor Castle and died in Buckingham Palace, but history holds her to be a strange woman.

For some years her remains were kept at St George’s Chapel, Windsor.

However, it had always been her desire to buried in Israel, near her aunt and mentor Elizabeth, Grand Duchess of Russia, who was interred in a Russian convent there. And in 1988 that wish was finally granted.

Alice’s remains were taken from Windsor to the Russian convent of St Mary Magdalene, above the Garden of Gethsemane on the Mount of Olives.

Unfortunately, unrest flared up soon after her remains were transferred, and her son was prevented from attending the burial.

It was not until six years later, in 1994, that he was allowed to pay a visit.

And while devoted to his mother’s memory, Philip has not been back since.

This weekend he embarks on a five-day visit that will take in Jordan, Israel and Palestine. And on the last morning of the tour he will go from the Mount of Olives above the Old City of Jerusalem to St Mary Magdalene, where he will pay his respects.

Whatever may be the political significance of the visit, William’s simple gesture of visiting Alice’s grave will carry much more significance than a mere bow of a head and a word of remembrance.

Prince Philip’s relationship with Alice was complex, fraught, often unhappy — but based on a profound love for a mother he could never quite reach.

His was a turbulent life that saw rebellions, exiles and a mother who silently slipped into schizophrenia.

It’s something the old Iron Duke has never spoken about. To him, it would probably seem unmanly to confess an adoration for his mother, or to explain the circumstances of his fractured childhood.

Princess Alice who suffered chronic deafness had started to dabble in spiritual matters, using a glass on a table-top to spell out words she claimed to receive from ‘another place’.

By the time Philip was eight, Alice had started her long plunge into mental disarray. Her deeply religious beliefs became steadily more eccentric and in Christmas that year, Alice fled the Paris house and ended up in a hotel in the south of France where she spent most of Christmas Day in the bath. When she returned, according to the biographer Philip Eade, she declared herself to be ‘the bride of Christ’.

Psychologists called in to look at her diagnosed schizophrenia and suggested Alice had suffered from frustrated sexual desire. Sigmund Freud — who happened to be close to Alice’s sister-in-law Marie — was consulted and prescribed as a cure a savage dose of X-rays to her ovaries ‘to accelerate the menopause’. Alice at this stage was 44.

Just before Philip’s ninth birthday, he discovered his mother had been taken away by doctors against her will to a mental institution.

Philip neither heard from nor saw his mother for many years, yet he retained a fierce affection for her.

Mother and son met again when tragedy forced them together in 1937. Philip’s sister Cecilie was killed in an air-crash with her two children and when the family congregated at the funeral, Alice turned up.

The princess had turned her back on her royal heritage and was living in a two-bed flat in Athens and when war broke out two years later, she stayed on in the country.

Alice was carrying out an heroic act under the noses of the Germans. She was sheltering a Jewish couple — something that caused her in 1993 to be posthumously declared ‘Righteous Among the Nations’, Israel’s highest honour to a non-Jew.

After the war, Alice became a nun and founded her own order, the Sisterhood of Martha and Mary. She created world headlines with that appearance at the Queen’s 1953 Coronation, striding up the aisle in her nun’s habit.

In 1967, when once again the Greek nation turned against the monarchy and ejected King Constantine, Alice, left and came to stay at Buckingham Palace. Frail but lucid, she and Philip at last had the chance to be reunited for the remaining two years of her life.

With the government letting William go, his grandfather must be overjoyed.

Perhaps, the meeting will see William pass on one last message from the 97-year-old Prince Philip to his mother.