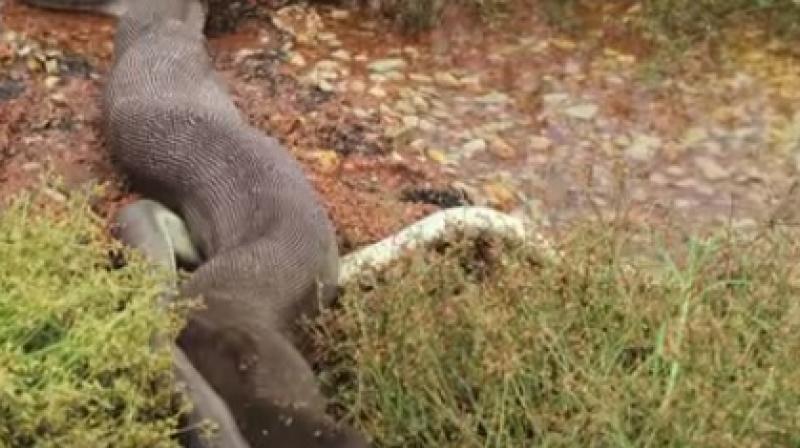 The snake immediately started swallowing the crocodile starting with the head all the way to the tail. (Photo: Youtube)

It is not only the Lion that is known to be fierce, there are other animals that will surprise you with their intensity during a fight. A viral video of a fight between a snake and a crocodile for over five hours ends in the most unexpected manner and it is unbelievable.

According to a media report, the snake believed to be a python wrestled the crocodile near Lake Moondarra in Queensland for over five hours and not giving up once during the fight with the other large animal. The 10-foot snake wrapped itself around the crocodile but was met with equal resistance before the crocodile resigned and finally died. The snake immediately started swallowing the crocodile starting with the head all the way to the tail.

The video which was posted a while back has been watched over 53 million times and people can’t believe it. While most expect the crocodile for obvious reasons, the snake winning certainly turned out to be a surprise.