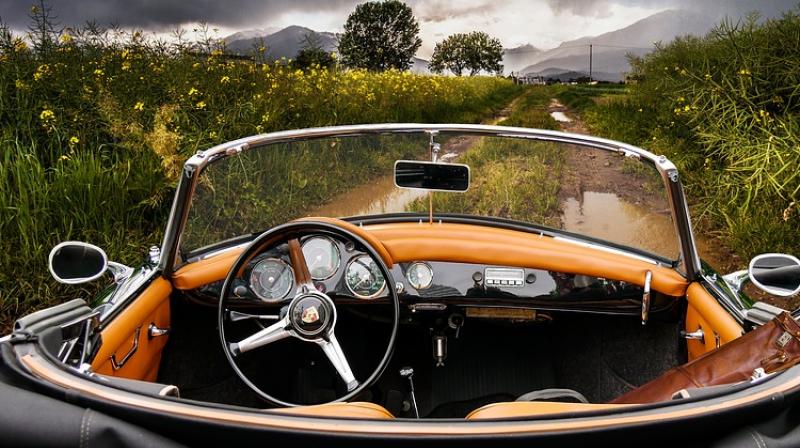 Houston: Using wearable devices such as Google Glass for texting while driving may be just as dangerous as sending messages with an ordinary cell phone, a study led by an Indian-origin scientist has found.

Researchers led by Murtuza Jadliwala, an assistant professor at The University of Texas at San Antonio in the US recruited about 20 volunteers on a university campus. They used a driving simulator in a laboratory that included a three-screen display, a wheel and pedals.

Student volunteers were tasked with "driving" in the simulator, using either a smart phone or Google Glass, an optical head-mounted display designed in the shape of a pair of eyeglasses. Jadliwala and his collaborators sent the participants text messages and challenged them to drive safely while receiving and responding to the messages.

The simulator recorded deviations in the steering wheel and whether the volunteers drifted out of their lane. "We found that the Google Glass distracts the driver slightly less. But that also gave the participants a false sense of safety," Jadliwala said.

Because the wearable device responded quicker and used voice-activated controls, the drivers noticed the increased efficiency but also were more likely to engage with the device, which negated the marginal safety difference between the smart phone and the wearable device. While Google stopped producing Google Glass in 2015, wearable technology is becoming increasingly popular, researchers said.

Jadliwala noted that wrist wearables such as Apple Watch has been very successful and that more modern head-mounted displays like Google Glass are in development.

"Its important to keep asking these questions as technology becomes a bigger part of our everyday lives," he said. "A wearable device feels more accessible because its on your body, which is why its important to study how it could impact tasks like driving," Jadliwala said.

"The research on evaluating the influence of technology on consumer safety and privacy is timely and significant," said Rajendra Boppana from The University of Texas. More than a quarter of car accidents reported each year are attributed to some form of distraction among drivers, often the result of talking or texting while driving, researchers said.